NEBULOUS: Fleet Command is an intriguing game. With a spirited adherence to plausible physics, weapons mounts and sensors, this tactical space game is unique. And if you are a fan of Command Modern Operations, it may be worth to check. 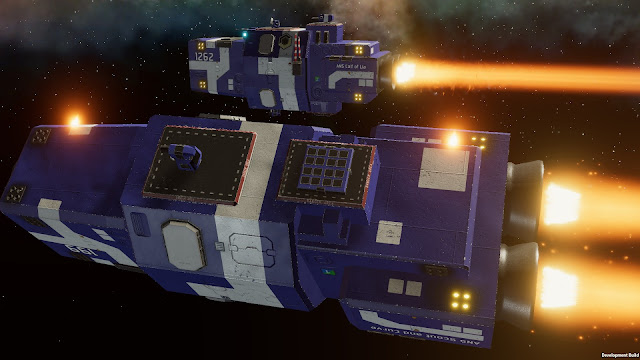 The span of options and platforms is enormous, even at this early stage of development. So I decided to take it easy and start by the basics with a very nimble command. In this case, I have chosen two Raines class frigates armed with an MK2 cannon and SGM-206 cruise, active radar missiles each. Other amenities include a search radar, a targeting radar and a Mk90 Aurora point defense system.

In order to practice my drills, I just mirrored my formation for the enemy force. A fair meeting engagement in deep space.

While searching for the enemy, I formed my command under the Calf of Lia FFG. My second command was to plot a course for the two-ship formation. The second command was to roll the Scout and Curve FFG in order to bring some protection from a potential missile attack from the top of Calf of Lia. In the first screenshot you can see the MK90 point defense while Scout and Curve rotates. Note also the reaction control system (small thrusters front and aft) at firing to regulate that rotation. 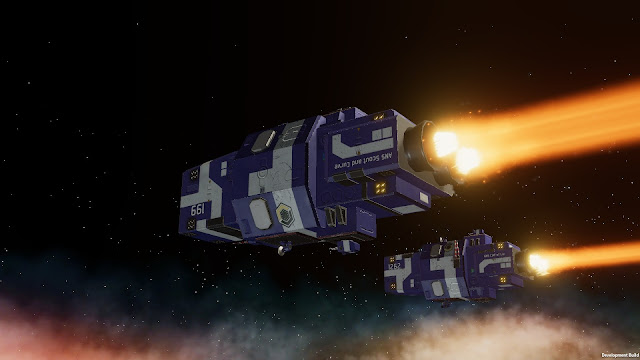 The final formation looked a bit dis-functional, but it ensured that we had point defenses on the "top" and the "bottom" of the formation. More than once I have been unlucky and attacked from a sector that my point defenses could not reach.

Trouble came shortly in the form of a single contact some 5,500 meters away. Both ships ordered to track this hostile contact immediately. 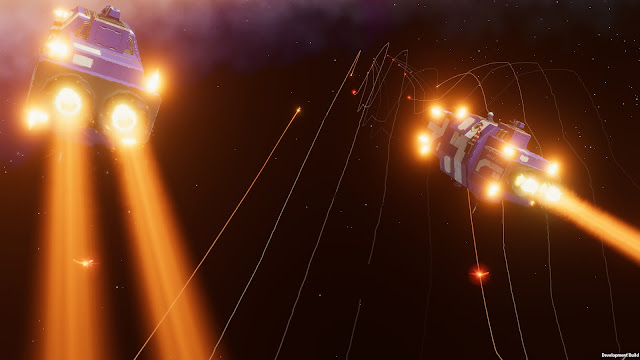 Even without a full lock-on, the order to fire a missile volley is given, getting ready to follow on with cannon fire. I went overboard with a total of 20 missiles, which guided decently given the lack of a full initial lock-on. 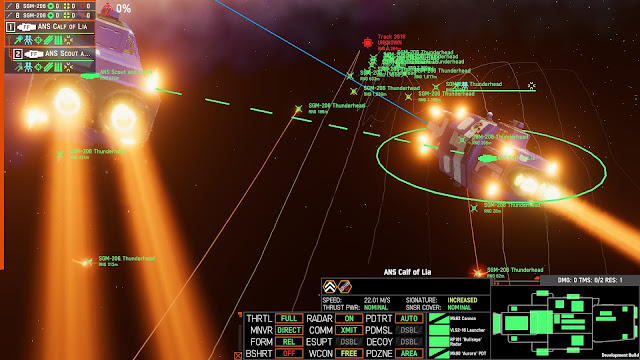 Where is the second enemy ship?

A very weak contact comes and goes. The second enemy ship is masked by the first. I am getting nervous as I spent 2/3 of my missiles. Finally I can get the Scout and Curve to track the second ship, but she is still launching at the first contact, which right now is being fully locked on. 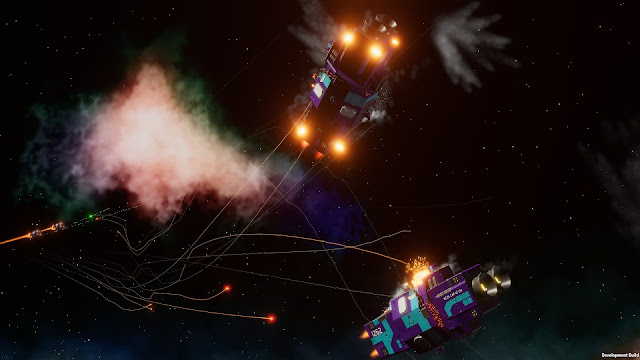 The great thing about the SGM-206s is that they are semi-active radar guided, which allows them to select their targets using their own radar. With great joy I witnessed my missile volley spreading into the two enemy ships, which after much panicked maneuvering are now separated enough to be two targets. 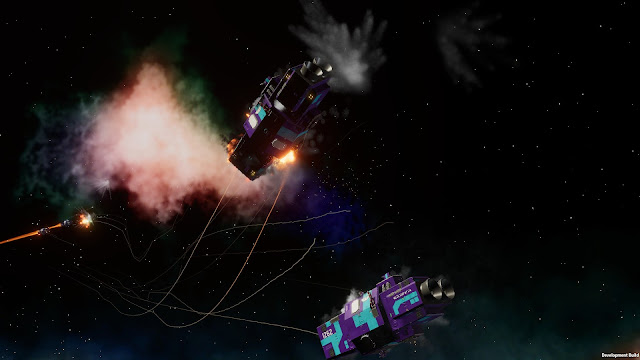 Prepare the cannons to finish them off! The command comes too late, as the battle ends. The two enemy ships never had a chance. During the debrief, I noticed that the Scout and Curve suffered some minor damage into one crew berthing. We have been fired upon, I guess. 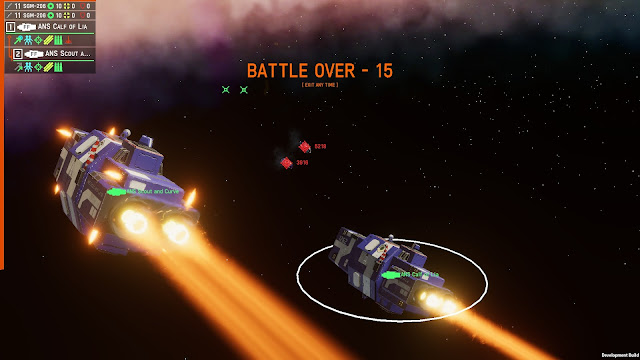 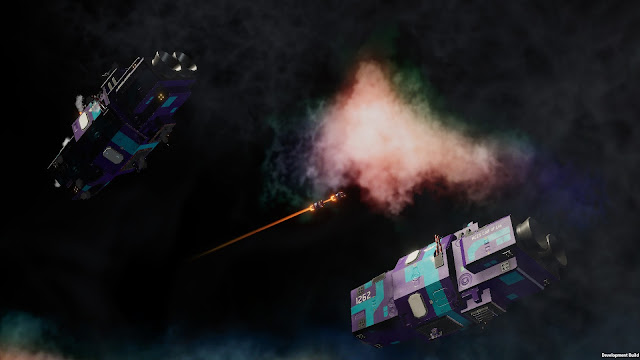