Ready or Not - New AI Tricks

I don't know if you are familiar with Ready or Not, a tactical first-person shooter in which you are part of  SWAT police units. Remember SWAT 4? That type of shooter! 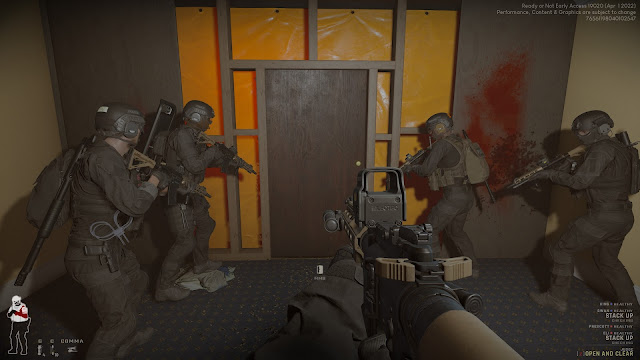 In beta stage, it's making progress at a steady pace. Clearly inspired on SWAT 4, it is taking all my attention from the all time classic (which I used to play up to last month). Today, I would like to bring your attention to a big AI upgrade that is really very impressive.

From the game's webpage:

Suspect and Civilian AI now have the ability to take cover/hide at certain objects in the world. Under beds, closets, tables, etc.

For a single player like me, this is a great new addition to gameplay. From the latest games I played, I'm now on the edge because the suspect AI now hides better, takes cover and even runs towards you seemingly from cover to cover.

In addition to the randomized locations of suspects and civilians at mission start. This is just great for my gaming habits.

I compiled a very short video to show this.

In the first take, you see a suspect moving from right to left and taking cover behind a non-finished wall. It would have worked better for him if he would have taken cover against something more solid, but I can't say I did too much better (shot in the leg). I approach him very carefully afterwards because I read somewhere that the AI can fake being down just to pop a shot at you.

In the second take, I catch a suspect standing in the corridor, he seemingly runs away but comes back. This time I don't take any chances.

In the third take, a suspect shoots from the end of the corridor and when I take cover he moves forward. There is a bit of a traffic jam with my team, possibly a friendly fire incident but the suspect is caught while moving to another covered position.

There is a long way to go for this developer, but they are doing great!

Hey, great vid... use your damn flashlight to light up those corners. lol Ya the teammate AI needs a lot more work. Getting in the way and not engaging when they should. Love the game thou, play it a lot myself. (Magnum here)