Enter American Civil War, the newest offering to be released tomorrow by Matrix/Slitherine Games. Following the same tradition as the previous games, military strategy but now entirely focused in the American Civil War. 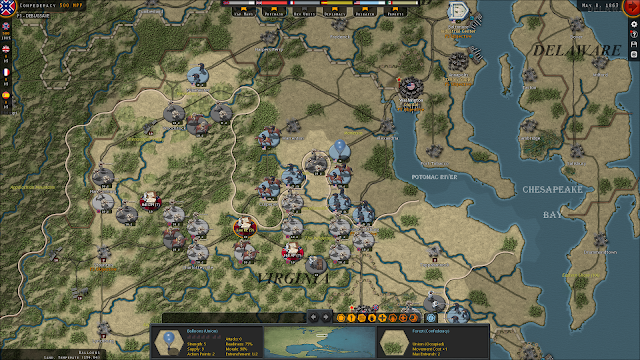 Featuring a gigantic map that is very easy to navigate in and out, the territorial span of this game is enormous.

Each unit of terrain is an hex, ~10 miles wide, which is a great choice of the scale of warfare that the game is aiming for. The rich military geography of the US is represented with different terrain types. Navigable rivers give a lot of room for riverine warfare, so important for the American Civil War. 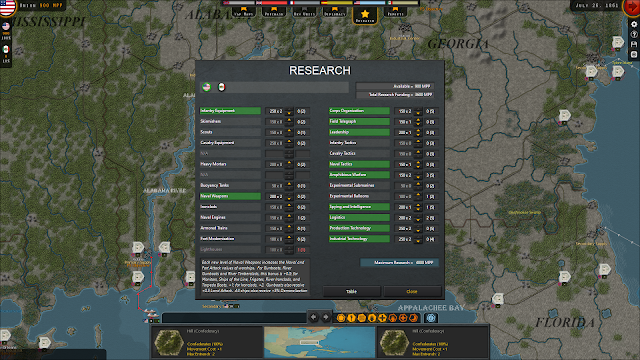 Time is divided in turns (IGOUGO) of 2 weeks each, which is also great for the scale of the game. The units are moved in the map via simple click commands and they can reach a certain amount of hexes based on the terrain types. Clear cues show the limits of advance for each unit. You may want to advance cautiously because this game features full fog of war. If you bump into an enemy unit, battle may not be refused. 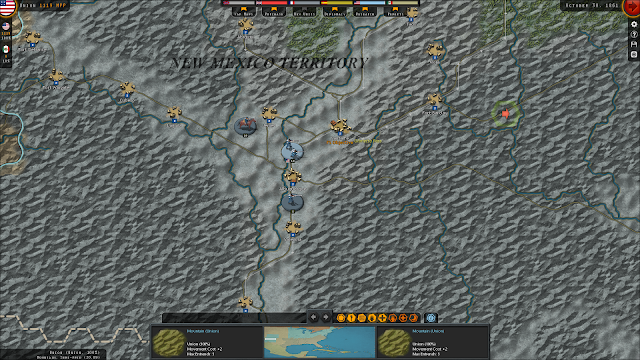 Naval and riverine warfare is a pleasure. Not only the easy to navigate map add to the enjoyment, the mechanics of combat are so clear that is easy to avoid my usual naval gaffes I usually carry on. 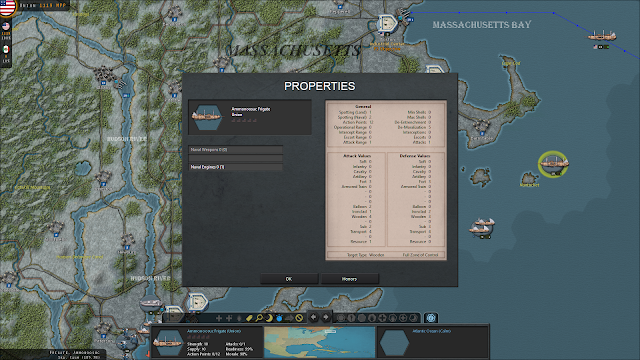 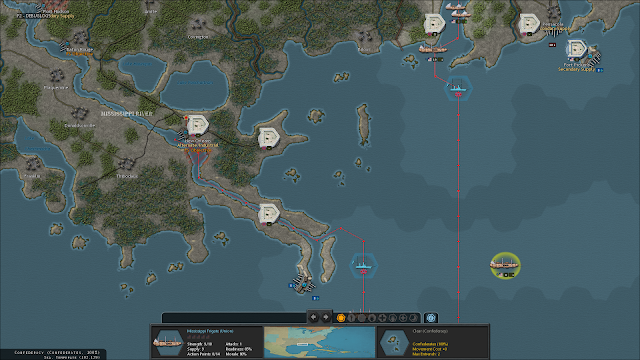 Land units are from regiments all the way up to Corps. The units scale is currently my biggest pain point. Regiments and brigades are OK to hold 10 miles in remote places where the overall unit density is low. But when in the First Bull Run scenario I saw McDowell command's spread over a 40 miles front, my heart sunk. Hell, the battle of Bull Run did fit in what it would be just an hex!

I understand that some degree of abstraction is needed, but those brigades hold a lot of control over adjacent areas and for some reason, can survive for months the push from a single early enemy corps-sized unit. 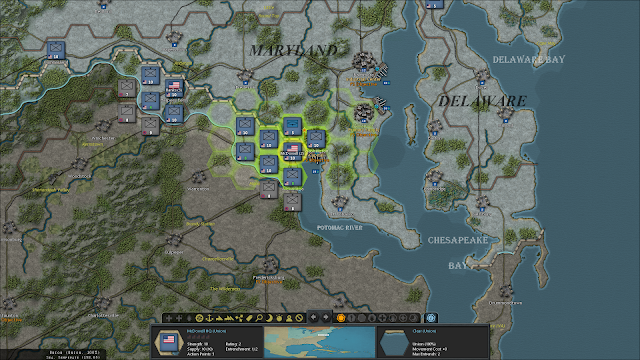 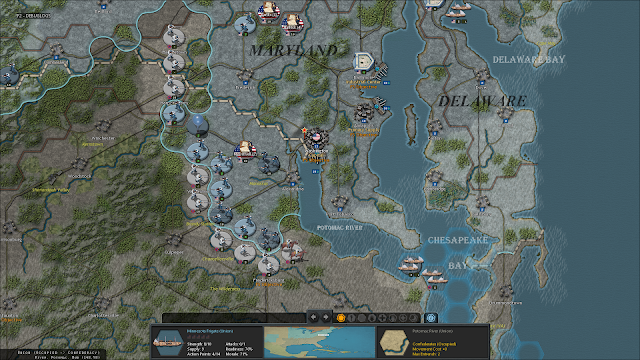 The problem is compounded by the inability of the game engine to support the stacking of units within an hex. This forces "armies" to spread and engage into non-decisive, attrition-rich and wasteful combat over the early months of the war. At later times in the campaign, the establishment of corps balances out the situation a bit, but still operations tend to be too spread out.

In closing, a great game engine adapted to cover the American Civil War, but the land warfare mechanics need some love to make this a great strategy game.

I appreciate the review of this game JC. I am interested in it, but the stacking issue you highlight needs to be fixed by the developers IMO.

but the land warfare mechanics need some love to make this a great strategy game.

You are a generous person.