Gunner, HEAT, PC! has hit the internets with another demo via Steam. 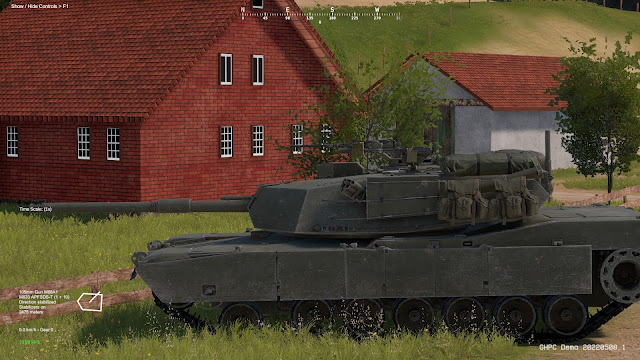 This demo catches me in the middle of an introspection of what I want in my simulations and what is out there.

To be honest, my route to this internal debate is tortuous. The trigger was flying the Mosquito in IL-2 Sturmovik as compared to flying it in DCS. How many switch flips and clicks do our simulations need?

Gunner, HEAT, PC! (GHPC) aims for the sweet middle between holding a bottle of halon besides your gaming chair (for when you are hit) and arcade gaming in War Thunder. And it succeeds! 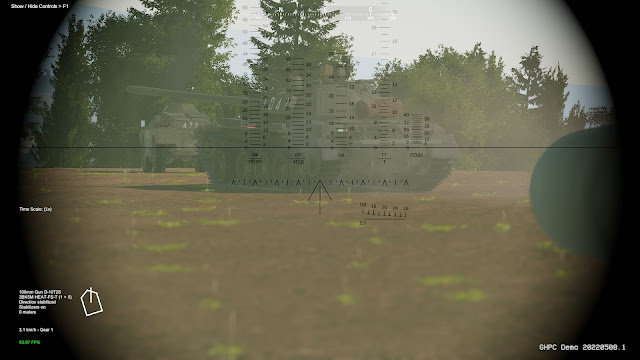 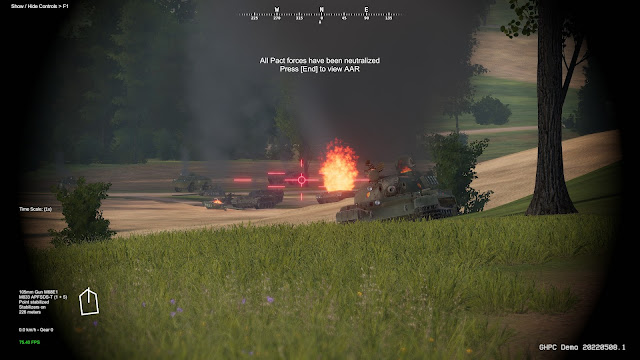 To be fair a complete "can and can't" comparison will take some time to compile and should be done after the release of GHPC. So I will save the debate for later, not without saying that maybe the laundry list is the wrong place to start.

But I wanted to share this parting shot: the missions in GHPC's demo are short, straight and to the point. It brought back the joy of rolling over a virtual battlefield full of armored hazards. This is something that I keep missing in single player Steel Beasts ProPE at this time. 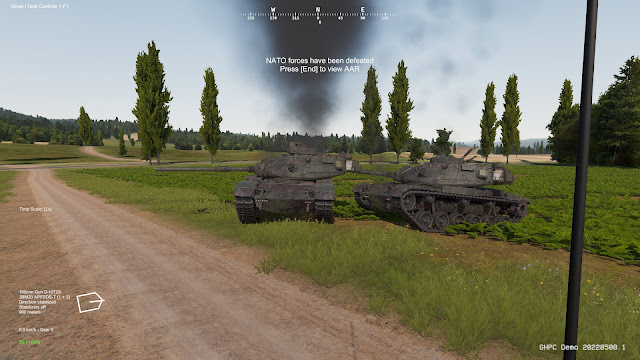 Bonus feature comment: the ballistics/AAR reports in GHPC are a blast. It lets you know the injuries of the crew members. 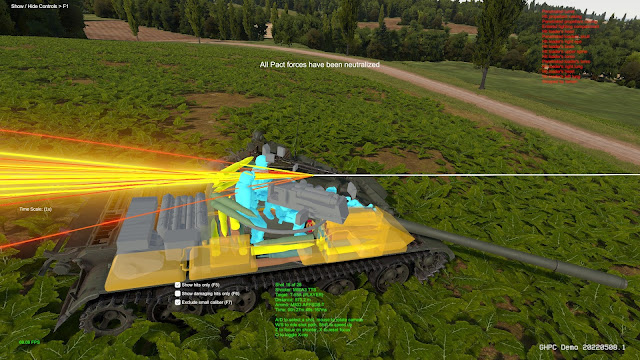 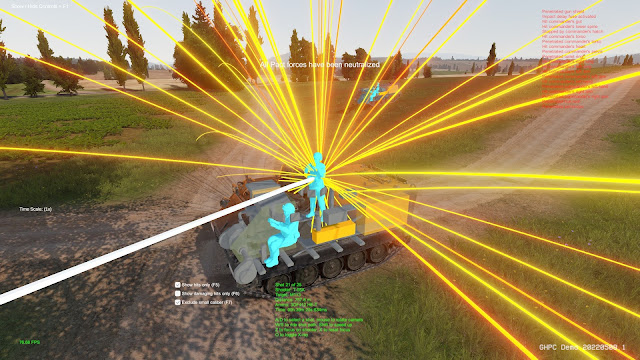 Last but not least, I would like to share the following footage of one mission in the demo. Make sure to watch it in YouTube for better resolution.

Thanks for posting a nice, short example of gameplay.