Almost One Year After Release, "War Room" Can't Tap into its Full Potential

War Room is a game about the War in Afghanistan. As a commander of the US Army, you are in charge of patrolling, and securing a thousand square kilometers fictional territory inspired by the real life counterpart. You establish and supply bases, order missions of different types, and work on the safety of the civilian population. 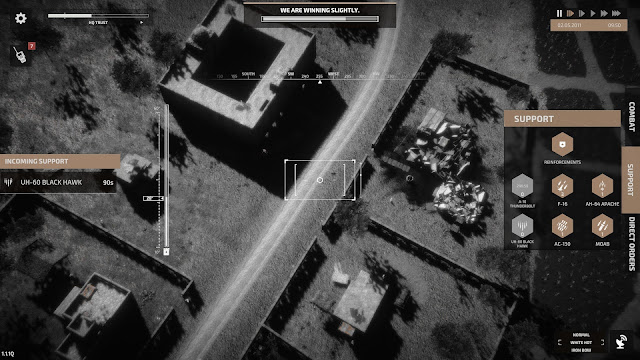 The concept is great, the ambiance is tremendously well done and the difficulties of waging a war against non-conventional forces are delivered onto the player in a very modern format.

It is rather ironic that, given all it does well, War Room fails at doing what simpler games do. 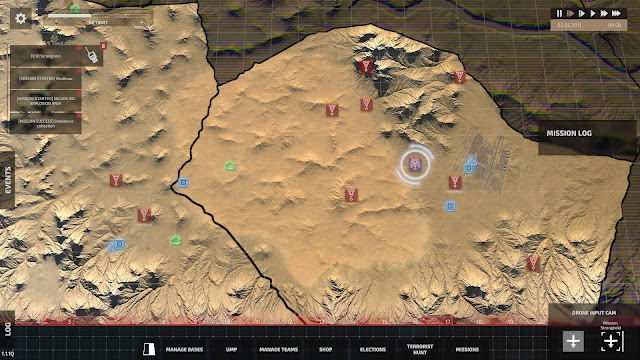 Every new game you start, you are starting from a tutorial. This is great for your first experience with War Room, and the tutorials are relatively good (some instructions are not so clear, though). There is a moderate amount of randomization within the tutorials. But you are still straightjacketed into this start point for new games. There is no variety on how a new game starts, just a single tutorial. 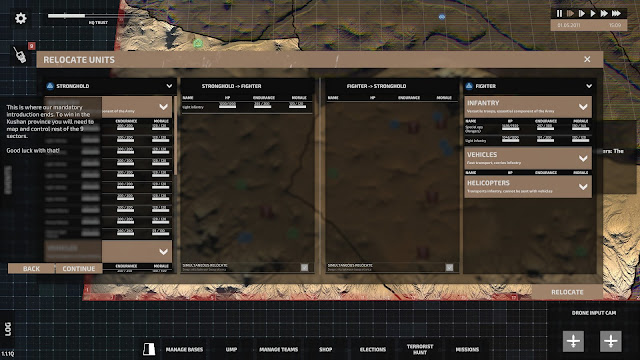 At a certain point the tutorial ends and you can carry on as you wish, but the carry over from the tutorial is there. Failed to clear that village during the tutorial? It's gonna haunt you during your new "freedom" gameplay period!

Fortunately, you can save as you wish and give names to those saves. Which is great, but all these saves are a continuation of a single story you started in the tutorial. There are no "scenarios" or "campaigns". Just the tutorial as the start point. This is rather odd. 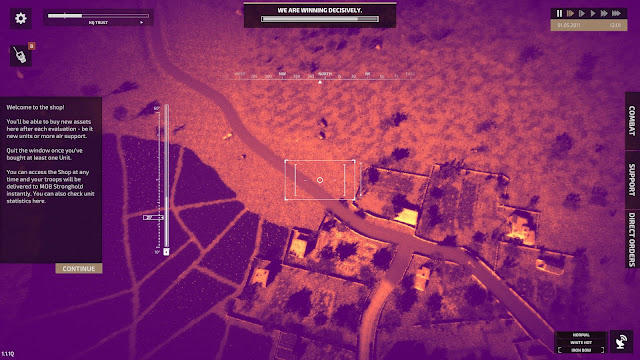 Your job as a commander is subtler than what it may arise from a cursory look at the gameplay. The bread and butter of the game may look as just the drone interface you have seen in YouTube videos and whatnot. Yes, it is fun to direct air support and guide your troops into combat (you can control your teams and point them to places to go). But success in achieving victory is more of a story of how and why you got there: maybe you need more frequent patrols to avoid being caught off guard by a massive influx of insurgents, or better relations with the population to know faster where the bad guys are hiding. 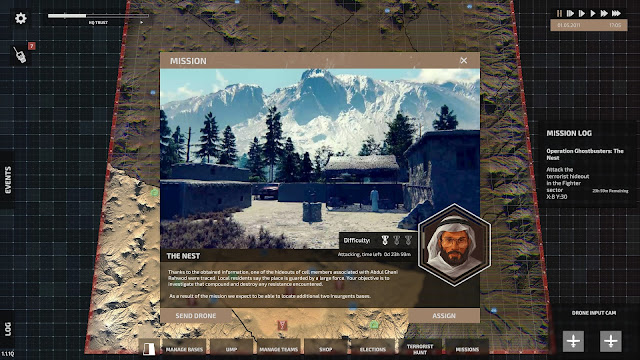 Unfortunately, the value of War Room as an insurgency simulation is overlooked in the majority of the community discussions because of the adrenaline of seeing sh!t blow up in the drone interface and because of the intense bug squashing the developers had to go through the last year. 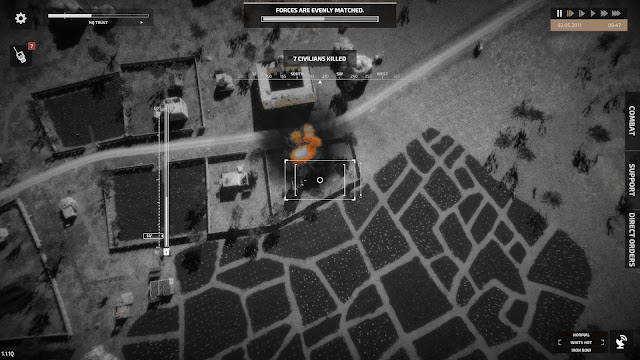 One can only wish that this game can get not only its bugs sorted out, but also an scenario/campaign selection that offers the variety without the taxation of a single start point. 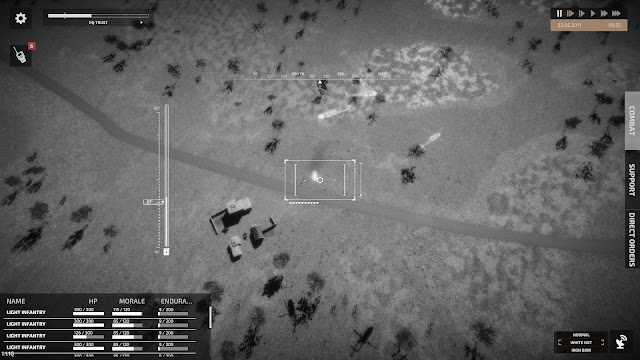