Combat Mission's maps have gone bigger over the years. This has allowed better tactical narratives in the scenarios. 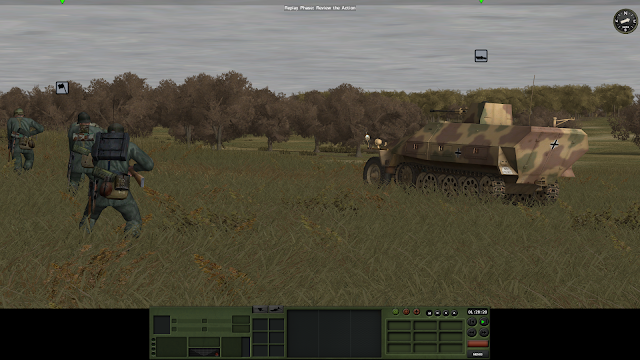 I'm playing the "A Debt Repaid" scenario by veteran scenario author Jon Martina and the battlefield is a terrific mix of meadows, tree lines, cultivation fields, mud pits and the occasional hamlet here and there. The ambiance is definitively there, pretty much in line with Marion Donhofs' Namen die keinter mehr nennt (Names that nobody mentions anymore).

But on top of that, the expansive countryside of the old Prussia depicted in "A Debt Repaid" serves a more tactical purpose: room for maneuvering. 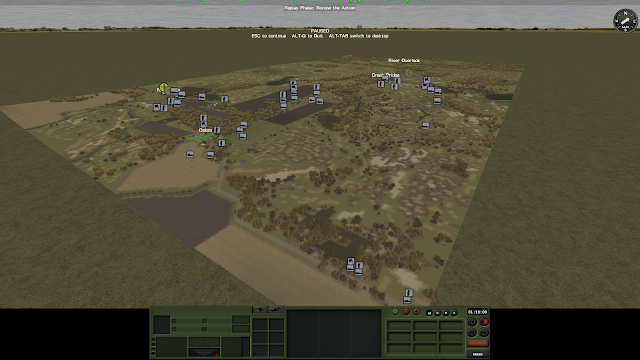 I'm playing this scenario as the Germans and I have opted for approaching the distant objectives from the very onset of the scenario. A right hook on OBJ Creek Bridge is progressing fine at the time of the above screenshot. Russian resistance appears to be light and that is encouraging.

The near OBJ Daken and OBJ Brick Works also appear as ripe for the picking. The awesome firepower of the triple-mounted 20mm autocannons in my Sd. Kfz. 251/21s is adding a lot of amusement to the gameplay. 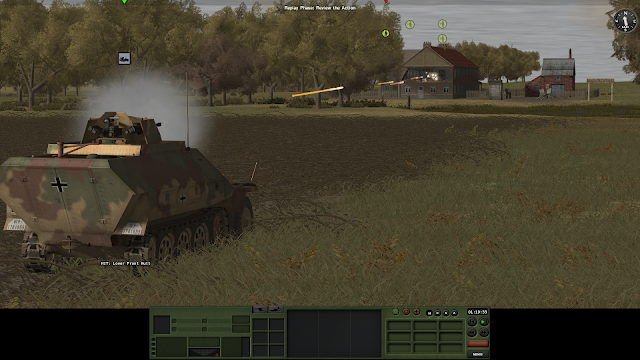 The scenario has an allowance of 2 hours of simulated combat, which is also greatly appreciated. I'm literally taking my time and allowing myself something that it was almost impossible a few years back: combat reconnaissance. 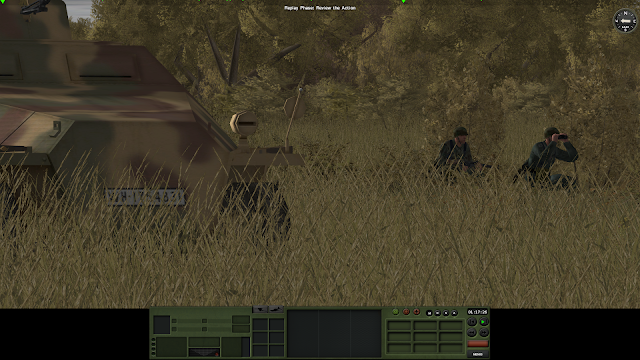