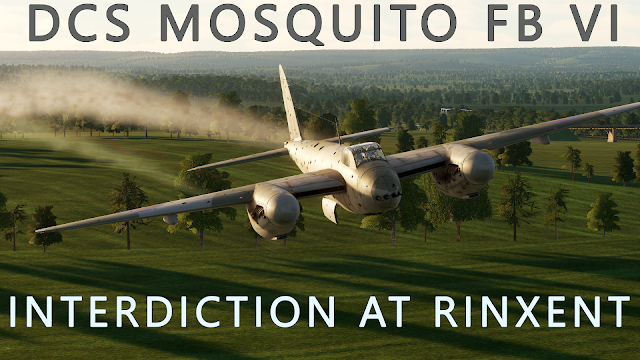 More an acquired taste than a first-choice must-fly warbird for the majority of us, the Mosquito expands the limited hangars of DCS World War II with a British multirole twin engine fast aircraft.

I'm not going to lie to you: despite all you read and see in the official forums and see in the regular YouTube programming, this virtual airframe is twitchy and may take some time to master it. The problem is not the flight model but rather the physical dimensions of the controls the majority of us flex our pilotage muscles on. So, use curves for pitch and roll and adjust the sensitivity of your trim control as explained elsewhere. Just to trim the nose of my virtual Mosquito, I bought a trim-wheel. But I am digressing, let's get into the action.

In this mission that I created for practice, I'm leading a flight of two Mosquitos loaded with 4x 250 lb bombs. We have been ordered to attack one of the many rail supply points for the German 4th Army. This particular one is southwest of Calais, in the town of Rinxent. 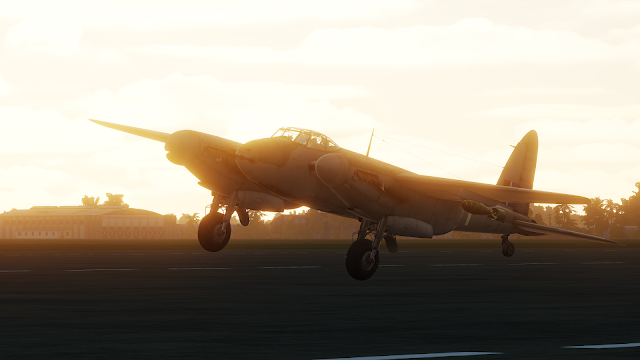 Taking off from the Manston forward base in Kent, at 0630 sharp, was relatively uneventful. The 18 knt east wind forces us to some out of the ordinary rudder work. But we were airborne with ease, our left wing heavy as usual. 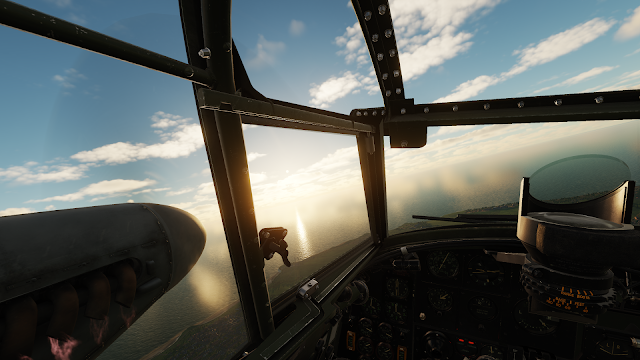 The flight plan was simple: fly towards the Dover Chain Home and turn southeast. A heading of 141 degrees would take us to the target area after 25 nautical miles of low level flight through the Channel, the beaches near Wissant and then into the rolling hills of Pas-de-Calais. 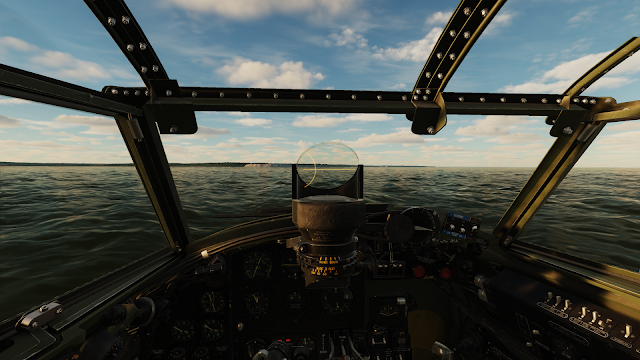 The exhilaration of the low level flight gets soon replaced by the sheer horror of seeing the flak shells bursting around my Mosquito. I drop as low as I can and I head straight to the steep side of the Cap Gris-Nez. This provides some temporary respite from the nuisance of flak. With the Cap at a stone-throw I pull my stick to clear the obstacle, so damn close to the edge that I can see grass twigs and small rocks. Some 300 mph worth of speed suddenly convert themselves in too many feet of altitude I would rather not have.
A loud explosion and the sound of metal piercing through wood. My Mosquito shudders but stays controllable. Just a slight vibration, I think. 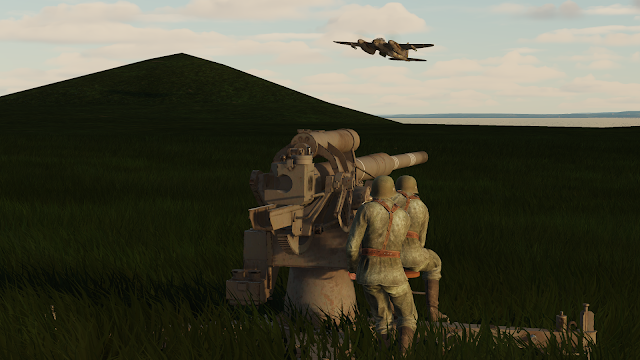 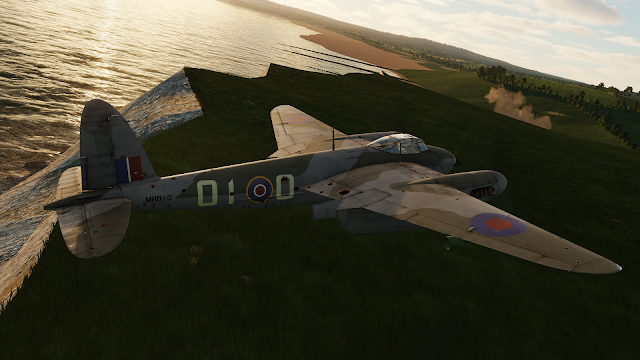 Yet the flak pressure continues and another shell goes off above my aircraft. I instinctively glance at the gauges. The engines are OK. 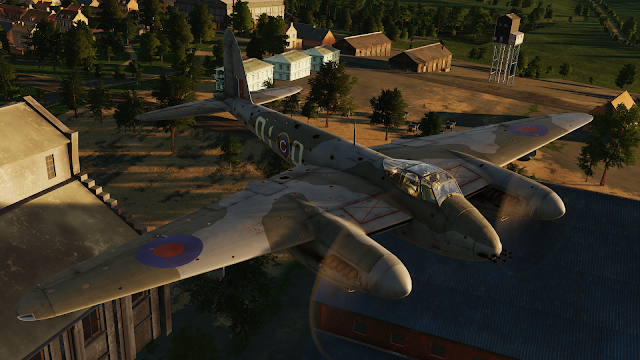 We continue our flight at treetop level towards the objective. Myself a lot worried about keeping airborne. From this low altitude it is very difficult to figure out where you are because the layout of the towns and villages is not evident. I see two towns close to each other and I figured it is Marquis and Rinxent. I fly towards these and just when I lost hope about these dwellings to be my objective area I get a glance of a rail unloading area on my port side. That's it! How come it is not defended by AAA? 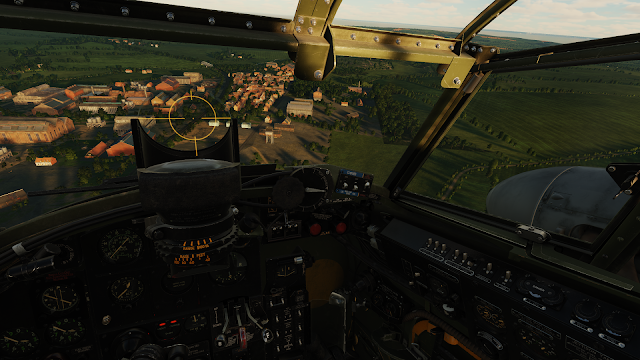 I let distance to grow and turn for a shallow dive bombing. As I look through my sights I realize that the geometry for this bomb run is not right. My approach is too shallow. Absorbed in decision-making I don't realize that 20 mm Flak guns have opened on me. A couple of loud thuds, then another two or three. I just don't have time to evade, I'm struggling to keep my aiming, the wind is killing me. 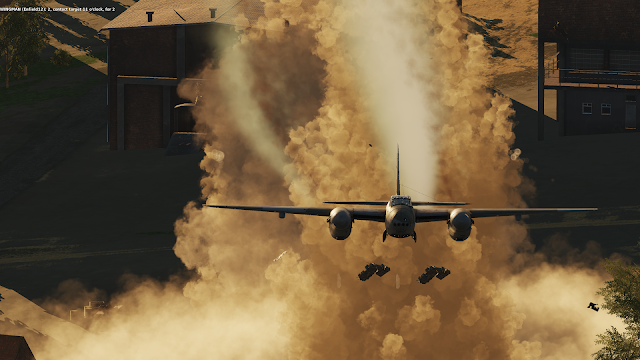 The bombs, all dropped at once, fall short of my aiming point. Just a few trucks get hit. 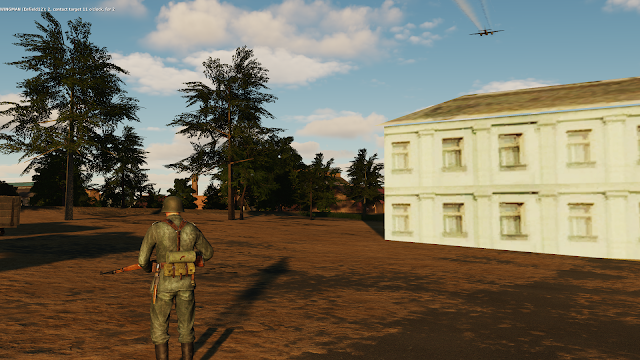 My Mosquito egresses with my wingman tagging along. I have a cannon full of ammo, but I'm leaking fuel or something. I can't afford to loose my Mosquito over enemy-controlled territory. I head towards Dover on a wide arch that hopefully will avoid me the flak-fest I came through. 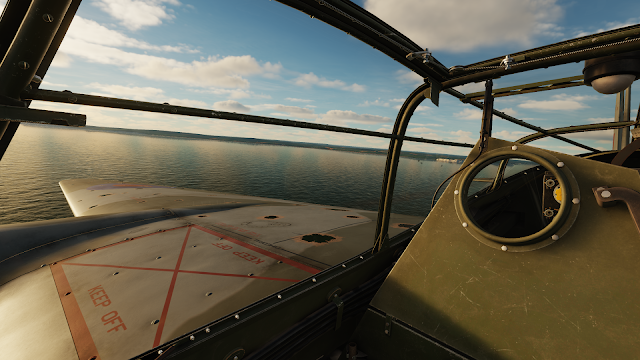 Completely alert now, the flak gunners on the Opal Coast don't give us respite. It is only our high speed that saves us from their aiming. 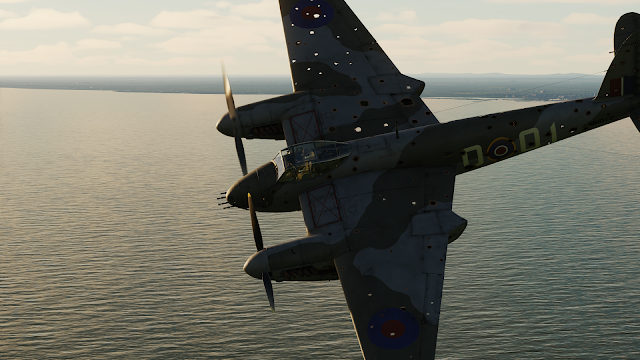 The rudder work starts to be cumbersome. Is it the wind? I check my oil pressure and it looks OK, but my right engine is showing a marked decay in boost. All of the sudden, my port wing drops badly. I check my airspeed and I find the explanation: the airspeed has dropped like a brick. Then my port engine goes out. In other conditions, I could have managed to glide for a more graceful ditching. But the Mosquito has run out of grace. Maybe my surface controls have been damaged. I don't know. The navigator and me get out of the Mosquito. Goodbye, my friend. Go rest in your Channel grave. 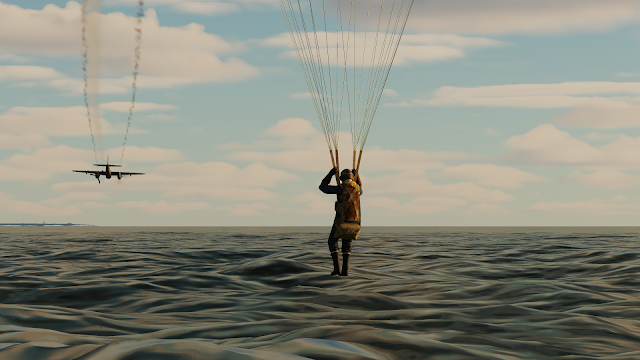