Gary Grigsby War in the East 2 - Lines of Operation

There is literally no War in the East 2 corner (and there are many) that I look into and come out disappointed. 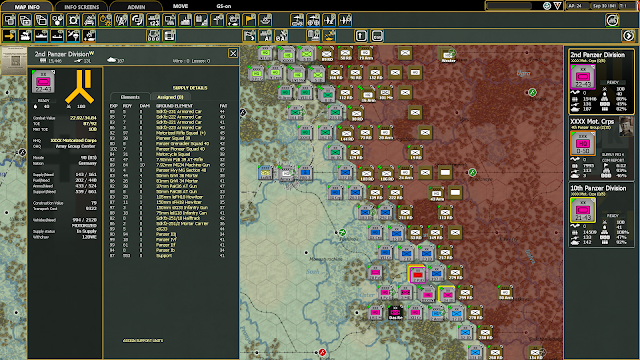 Today I'm playing the Barbarossa scenario "The Road to Leningrad". After a period of "learning", permitting myself all sort of peccadilloes,  it is about time to get serious and be a serious armchair general.

Gary Grigsby War in the East 2 (WotE2) is the ultimate representation of operational and strategic warfare in the Eastern Front. Even when the smallest maneuver units are Divisions (with the occasional regiment if you break them down), if you are playing as the Germans the game flows great if you plan your operations at the Army level and execute them at the Corps level. The entire virtual logistics and combat support machinery works in alignment with the operation if you paint Corps strokes with an Army brush.

One important concept in operational warfare is "lines of operations", which intuitively brings up to mind the view of a line of advance. It turns out to be a more nuanced concept which includes not only lines in a map but also everything that needs to happen to take an objective. Yes, you guessed it, logistics and combat support are important factors in the choosing of a line of operation.

The historical decisions of real life commanders is something that I always like to read into. For Barbarossa, I am  using Christer Bergstrom "Operation Barbarossa 1941: Hitler against Stalin". 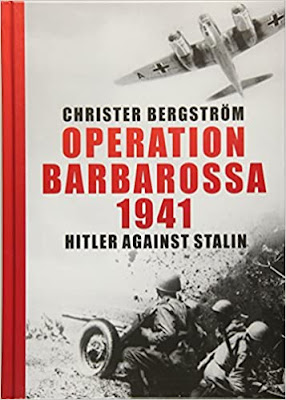 This book, although not overly deep in scope, has a series of maps showing the movement and lines of operation of the entire Eastern Front. I use it a lot along with WitE2, and in the case of "The Road to Leningrad" scenario it shows clearly that PzGrp 4 moved all the way to Ostrov in order to reach the operational objective Pskov.
When in WitE2 I clicked to see the road network, everything fell into place. This new feature shows mobility corridors at a glance. In the screenshot below, the road network represented as dotted red lines. Units of PzGrp 4 (fucsia counters) are moving along one of these corridors with better roads. 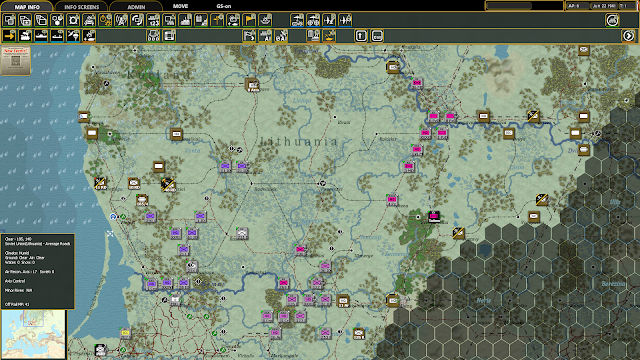 Ostrov and Pskov are some 120 miles north of the tip of the spear at that time (36th Mot. Div.), and there is a long way to go (see screenshot below). 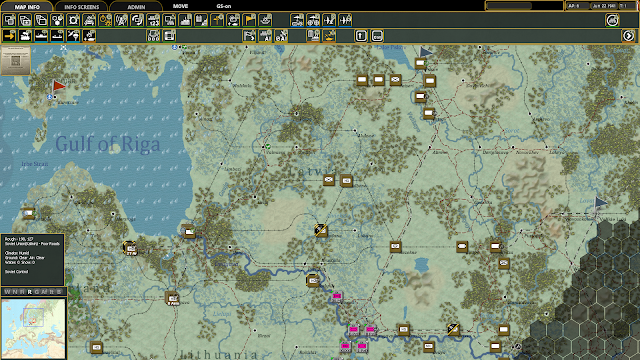 Finding out the road network matching a real life line of operation was a pleasant surprise. Again, this wargame is just one of a kind.

One simulated week later, I was knocking the doors at Pskov, but they were shut close very tight. That's the subject of another discussion. 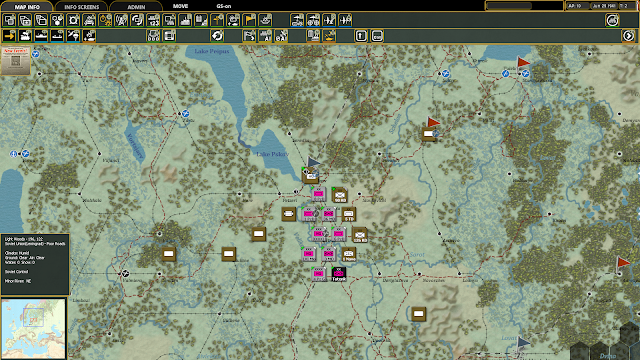 The computer opponent in WitE2 does not give you quarter. I'm going to say just that.

Awesome game. I've not beat this scenario yet, but each time I learn, and get closer. Don't forget your rail and supply depots and beware the luftwaffe taking fuel from the panzer spearheads

Brilliant! I love these games. I wish I had more time...