World War III was to be a war with an unimaginable level of destruction, fought with an enormous variety of equipment, national idiosyncrasies and through vast geographies. Europe is just too big for a few armies and warring nations. In that spirit, Armored Brigade has been spoiling us with DLCs encompassing Italy, France, Belgium and Yugoslavia. This next Thursday 25FEB2021 is the turn of Czechoslovakia and the Netherlands. 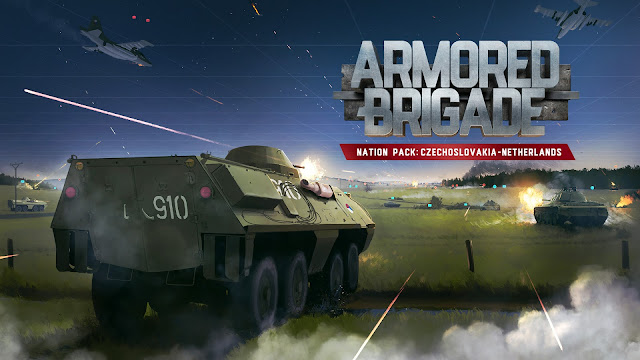 This nation pack will be delivered with a wild amount of new equipment/units (200 or so), one map (Plzeň Region, Czechoslovakia) and a linear campaign resembling the real life events of the Prague Spring. There are also some feature upgrades for the game engine.

Without any margin of a doubt, the game engine has come a long way since it was available for free back in the last legs of the 2000s. Back then it was a solid wargame with great gameplay and a lot of promise. Now a successful and well established wargame, Armored Brigade is an expansive simulation of modern warfare. 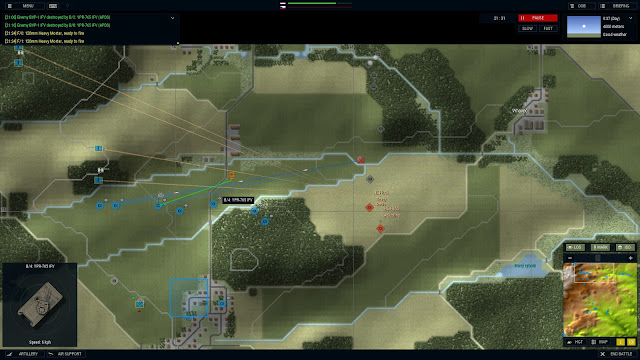 As you know the battlefield in Armored Brigade can be viewed at different zoom levels. "Seeing the elephant" from the very top is a veritable epiphany of the gigantic scope of battle. Kilometer after kilometer of prime real estate to roll armor, to establish ambushes or just to find a place to die. This is the realm of the leader, where he thrives or dooms his command into oblivion. 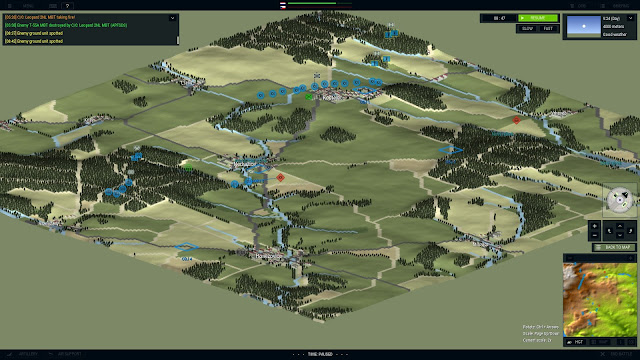 Zooming to the point where you can see men and machines is humbling. Your tactical decisions start to unravel in front of your eyes. Since you can't manually order units to fire (i.e. firing and targeting is computer-controlled), you witness wins and losses in varieties that almost make you jump of joy or sink your ego deep into the armchair. In a particular occasion, I saw a Dutch dismounted squad, their AFV destroyed and all, letting a Soviet T-62 tank pass by and fire a Carl Gustaf 8.4cm recoilless rifle at it. The small explosion and subsequent smoke billow from the destroyed tank felt like a nuke. Of course I had other less than stellar moments, like when the Soviets overran the Czech Army barracks during the Prague Spring campaign. It was painful to see my men die in those buildings. 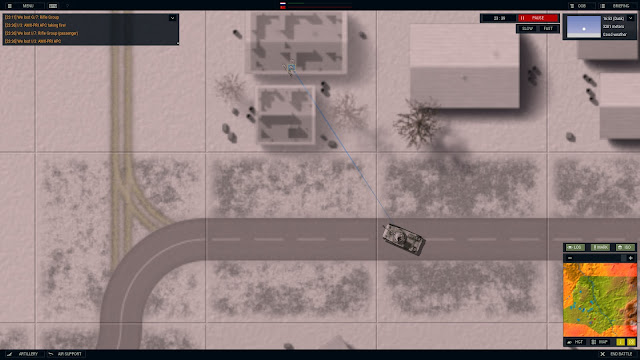 Playing as the Czech Army feels like fighting with an slightly outdated Soviet Army. The reliance on Czech-produced hardware is faithfully reproduced in this DLC. IFVs are mostly the locally produced BVP-1s and BVP-2s. The T-72 tanks are there, but there are also T-55s and the aging T-34s! In the Prague Spring campaign, the very first mission showcases those T-34s. Careful handling is recommended. Playing as the Royal Netherlands Army will make you value heavy armor. You have Centurion and Leopard tanks, yes sir, but this is an Army that seemingly planned to fight a tad different than the Americans, the British or the Germans. It takes a lot of valor and good tactics to show up against the Soviets with YPR-765s and YP-408s and jeeps equipped with recoilless rifles. Fear not, put the Dutch in good hands and they will demolish almost anything brought against them. 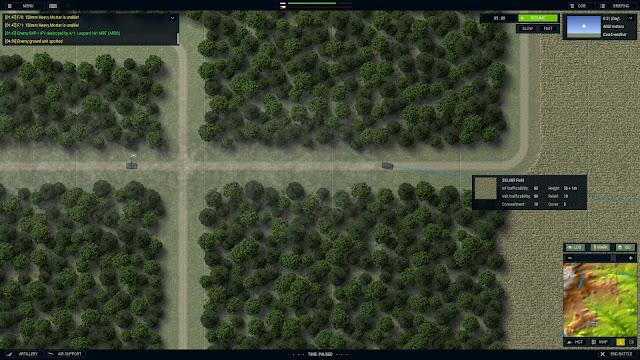 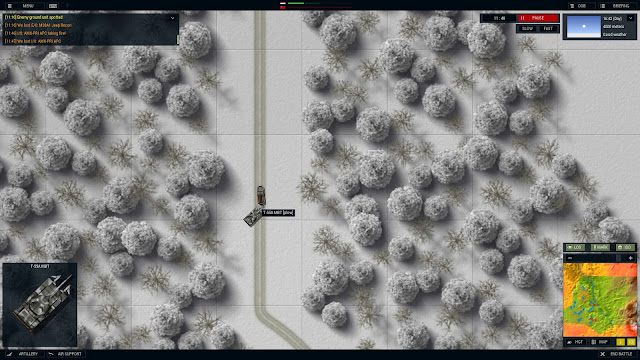 I hope that you found this write up useful and that you continue your enjoyment of Armored Brigade.

Nice write up thanks for the coverage.