I've been preaching maneuver warfare for a long time, but I find myself unable to resist an invite to a good battle of attrition. 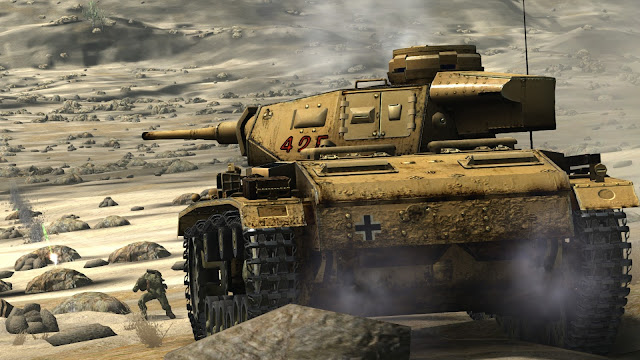 This is a continuation of the action described in this blog post.

As you may remember, the 10 PzDiv has a dual task: the frontal push towards Lessouda and the encirclement of it from the north. Any force attempting to encircle Lessouda through a northern approach would have to go around a djebel (range of hills) which commands the approaches to Lessouda from the Faid pass.

My original plan was to just bypass the rocky, hard to negotiate mass of hills. My forces were well suited for rapid maneuver, after all. But my men came into contact near noon. 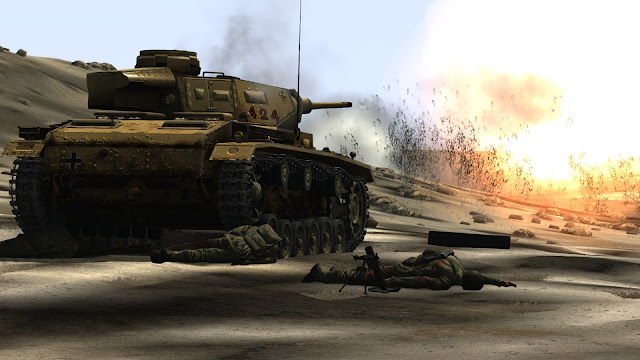 The battle ended with a victory. The enemy lost 264 troops and three M3 halftracks. We lost two tanks (incendiary grenades were responsible for this) and 29 infantrymen.

The noon is bright but OBJ Lessouda is still out of reach.

Nice battle, we are waiting for the continuation. It seems like the germans are rolling over the US.

Thanks, Marco.
Have been busy lately, but this one will be continued.
Cheers,