I wouldn't dare to call this a counter-attack, it is rather an attack that came two hours late! 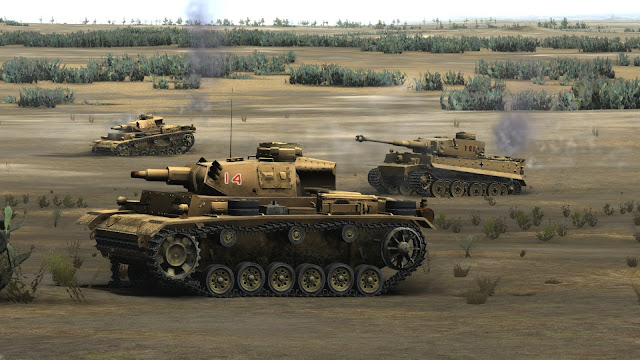 This is a continuation of the actions reported in this blog post.

The 10 PzDiv did open the day with a close call (please see previous post, link provided above). A couple of hours later and in the middle of a storm, what it was supposed to be an assembly area was raided by an American armored force. 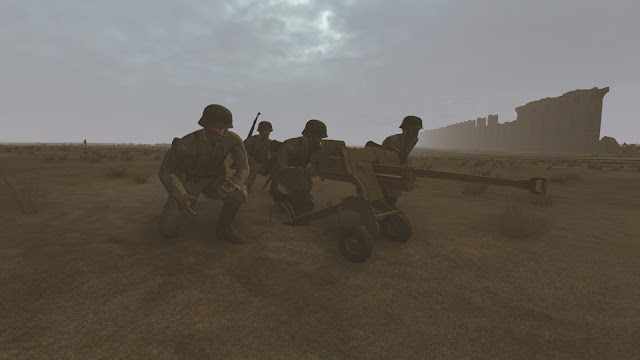 The two companies presented arms, but their light AT guns were no match for the American onslaught. We were lucky to not be overrun. 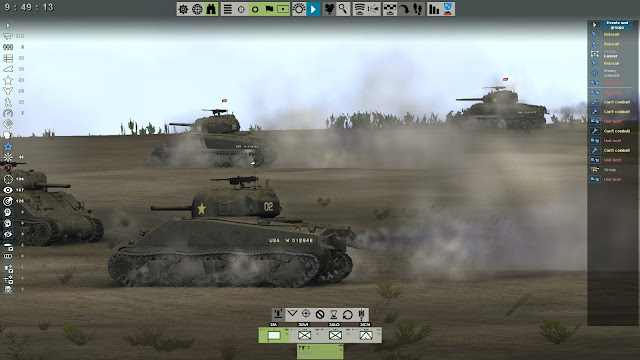 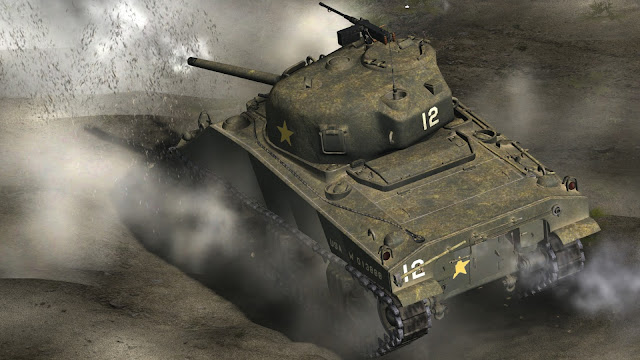 Even the anemic pincer move of the American armor was enough to make this an existential threat for us. That engagement was lost, at much cost of men and materiel.

Our retaliation came shortly thereafter. Now armed with Pak38s and with the unstoppable force of the 501 Tank Battalion, the American armor was caught spread too thin as the result of the earlier action. The timely appearance of close air support added more death and chaos among the enemy ranks. 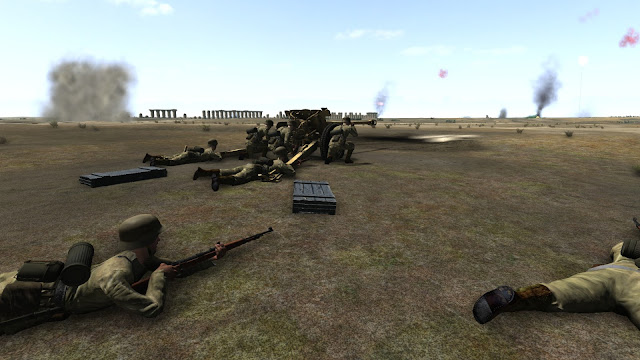 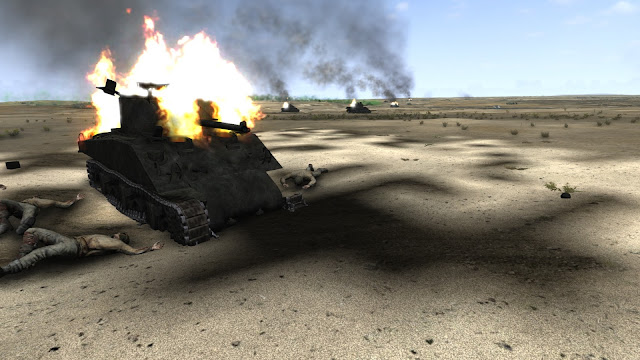 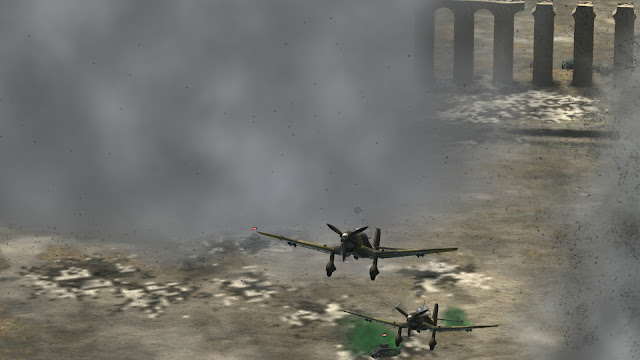 The most exciting part of the battle was a passage of lines. Through the Pak front, the tanks of the 501 Tank Battalion moved at top speed to close with the already badly mauled American tank force. 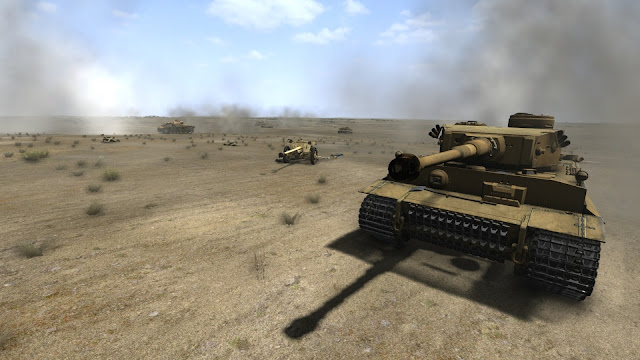 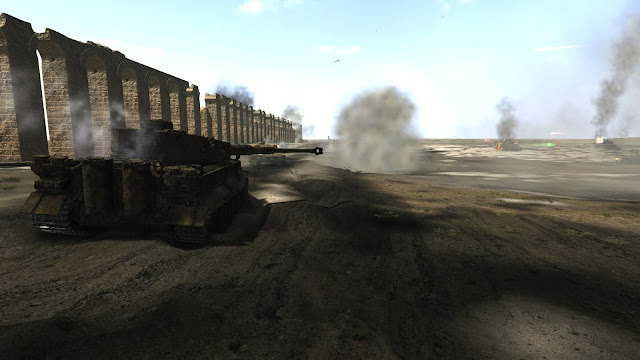 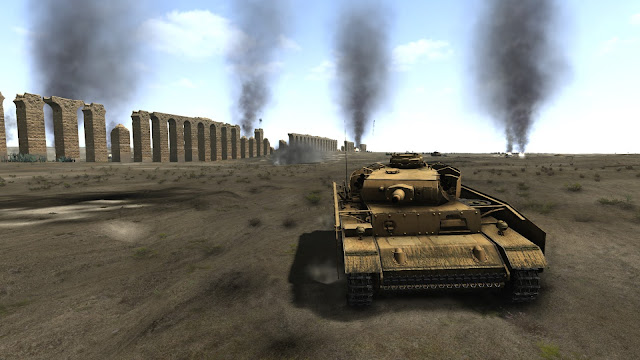 The engagement ended with 23 vehicles lost, most of them Sherman tanks, with the occasional M3 here and there. Our losses were very light (just one Panzer IV and two AT guns).
The post-battle recon revealed that some remnant American tanks still block the way to Lessouda, but now I am more worried about the escarpment north of Lessouda. The northern pincer of the 10 PzDiv move has caught something. More on that later.
Cheers,
Posted by JC at 11:15 AM