This content is from the Sidi Bouzid campaign in the beforementioned war game. I am playing as the Germans and at the start the only formation present is the 10 PzDiv. The 10th has a relatively complex task: to push forward towards Lessouda via the Lessouda-Sbeitla road and to encircle the enemy strongpoint located in the escarpment north of Lessouda. 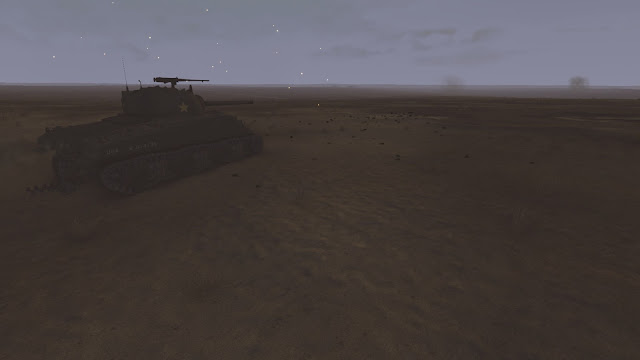 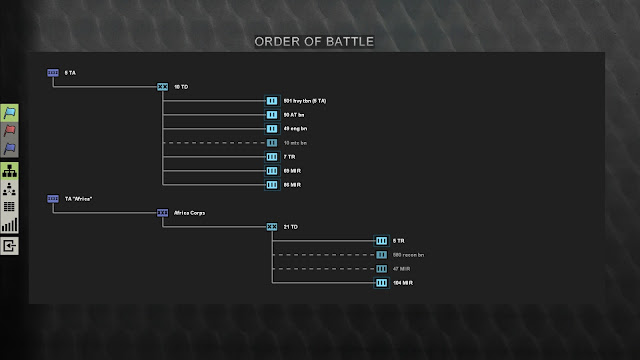 The 86 PzGr and the 7 Pz Regiments are either scattered or on their way. Assembling a proper assault force at the line of departure will take no less than half a day. I would have preferred reconnaissance troops to establish a screen line, but war is rarely what you want but rather what you get. So I moved two PzGr companies forward and thought of having them as a screen. A rather bad idea it was as the troops lacked any type of armor or artillery support. The only support they had was a Pak battery of 38s. Infantry on the move, hastily arriving.  As a result of that movement, in the open (no chance to dig in).

An enemy armor force was spotted early in the morning of 14FEB1043. The infantry deployed immediately, with AT guns leaning on our right flank and an assortment of MGs and mortars. Visibility was impaired by fog, or sand. Some combat patrols were sent ahead. They were almost rolled over by an enemy armor platoon moving towards our right flank. Just by miracle, my PzGr were not seen. The Americans were bent on checking what was on front of them. The rest of the armor platoon had some GIs riding on them. 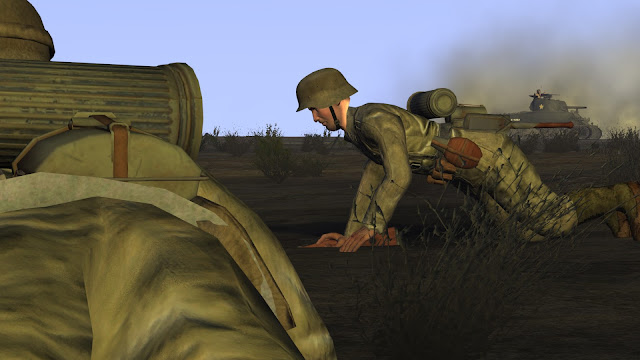 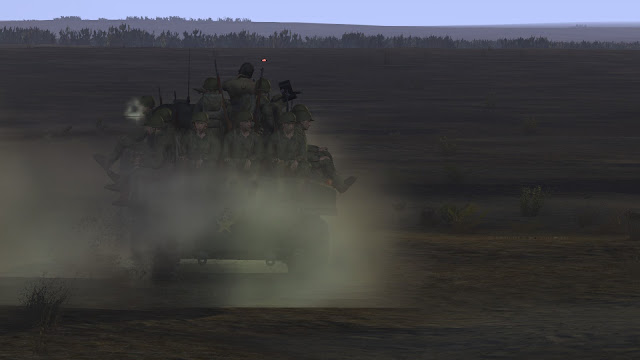 The defiant enemy move towards our right flank was worrisome and as we were planning on how to re-deploy our Pak front, "enemy armor, front!" 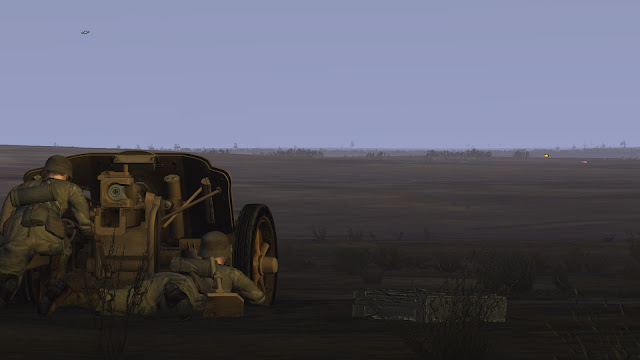 How hard is to kill a tank! The first enemy tank was lost after no less than six direct hits. This one we had it easy because it lost a track and that made our targeting less complicated. 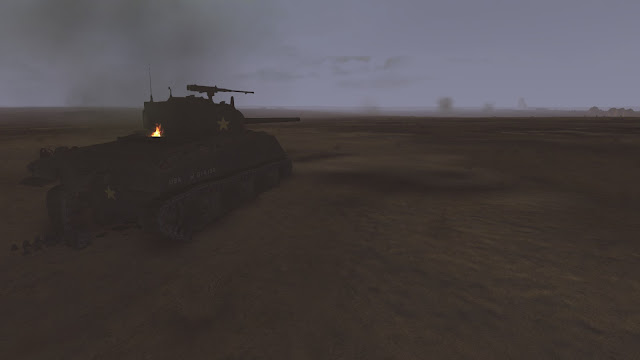 A second enemy tank appears and it manages to maul one of our AT guns. The other gun crews remain steady and the concentrated fire from my gunners is quite a sight. Even the MGs are firing. The amount of contempt for the enemy is high. The enemy tank catches fire. 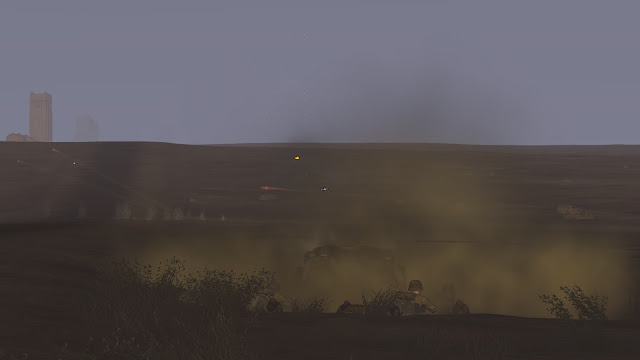 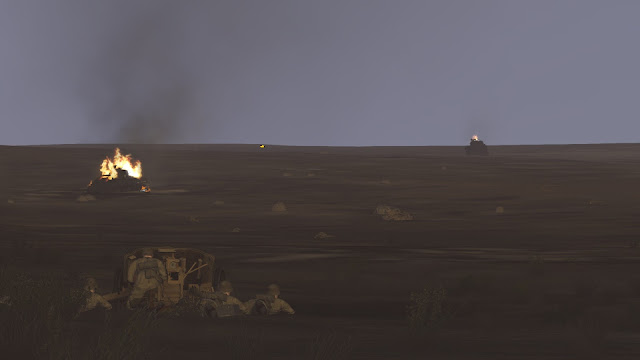 This loss may somehow encouraged the enemy to ease its push. On my left flank, we had to endure the mad dash of a lonely enemy tank that threatened to roll it. 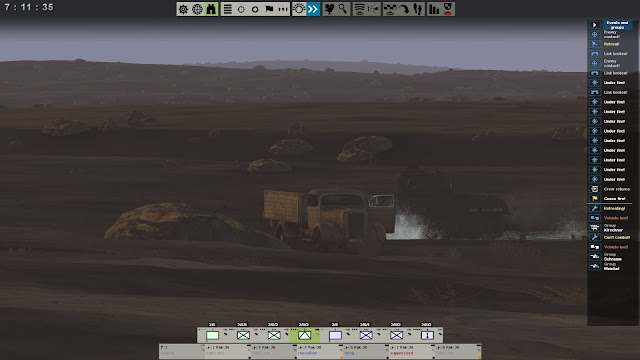 But it pulled back to its starting position. That was timely, I was panicking at the prospect of getting one entire company lost. I even started moving an AT gun to face the threat. 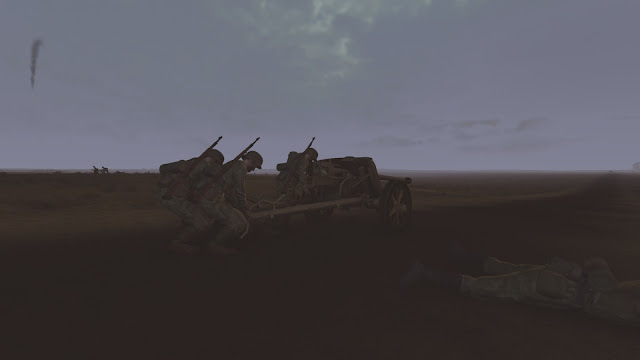 The show has just started with this skirmish. Let's see what the day brings.

Nice AAR, the OOB in the second photo is neat, I haven´t played recently, is it a update from the old one made in the last months?

I think so. But there are so many updates that I lost track!
Thanks for reading!