Benchmarksims continues to deliver with stoic quietness. Two decades after the original Falcon 4.0 hit the shelves, the combat flight simulator is alive and well. 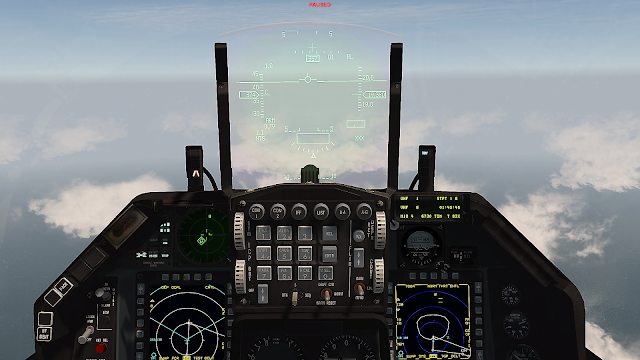 Version 4.35 is a standalone installer, so you don't need a previous version to patch over. Of course you still need a copy of the original Falcon, which you can get from Steam or many other venues. New features were added like support for DirectX 11, default kneeboards, seat height adjustment, implementation of the engine anti-ice system, brake and hydraulics systems failures, missile interception, a remake of 3D objects and an expansion of the switchology.My favorite new feature: a more detailed implementation of the targeting for the high speed anti-radiation missile (HARM). When fitted with an AN/ASQ-213 HARM Targeting System (HTS) pod, the HARM attack display (HAD) is more comprehensive now, as seen below (figure taken from the manual). 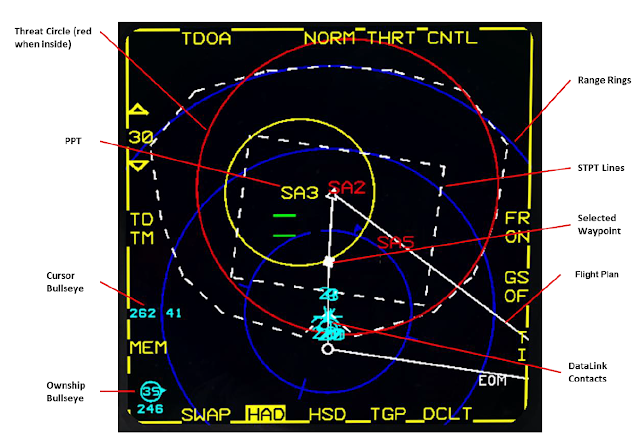 Not only now you apparently get contacts from radar waves reflected in terrain or infrastructure, but also have to take care of procuring good bearing and range data from readouts taken over a span of time. Of course the computer will do those calculations for you and tell you the "precision guided munition (PGM) index, but be aware you will have to do some pilot stuff to get painted by the radar in the right way.

As usual, the SAM operators are not suicidal and will turn off their radars, more often than not frustrating your HARM shooting, targeting and guidance. Some enhancements have been brought into this too. To make matters even more exciting, the missiles now appear better guided. Hell, I've never sweated because of the SA-2 launched to me. Have you seen me nonchalantly bombing in DCS with a SA-2 launched at me from 12 nm or so?  Well, not so much now in BMS 4.35. It's not difficult to evade the SA-2, but a launch requires attention and work. 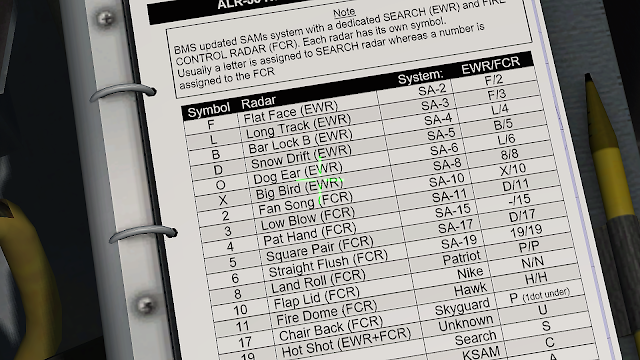 I have been experimenting with this all new features and their effect in the SEAD/DEAD virtual missions. It has been exquisite. So many times I RTBed with two HARMs fire and not a single hit. Of course the Viper is not a Phantom 4-G, but I'm looking forward to train and take off to these missions in the context of a campaign.