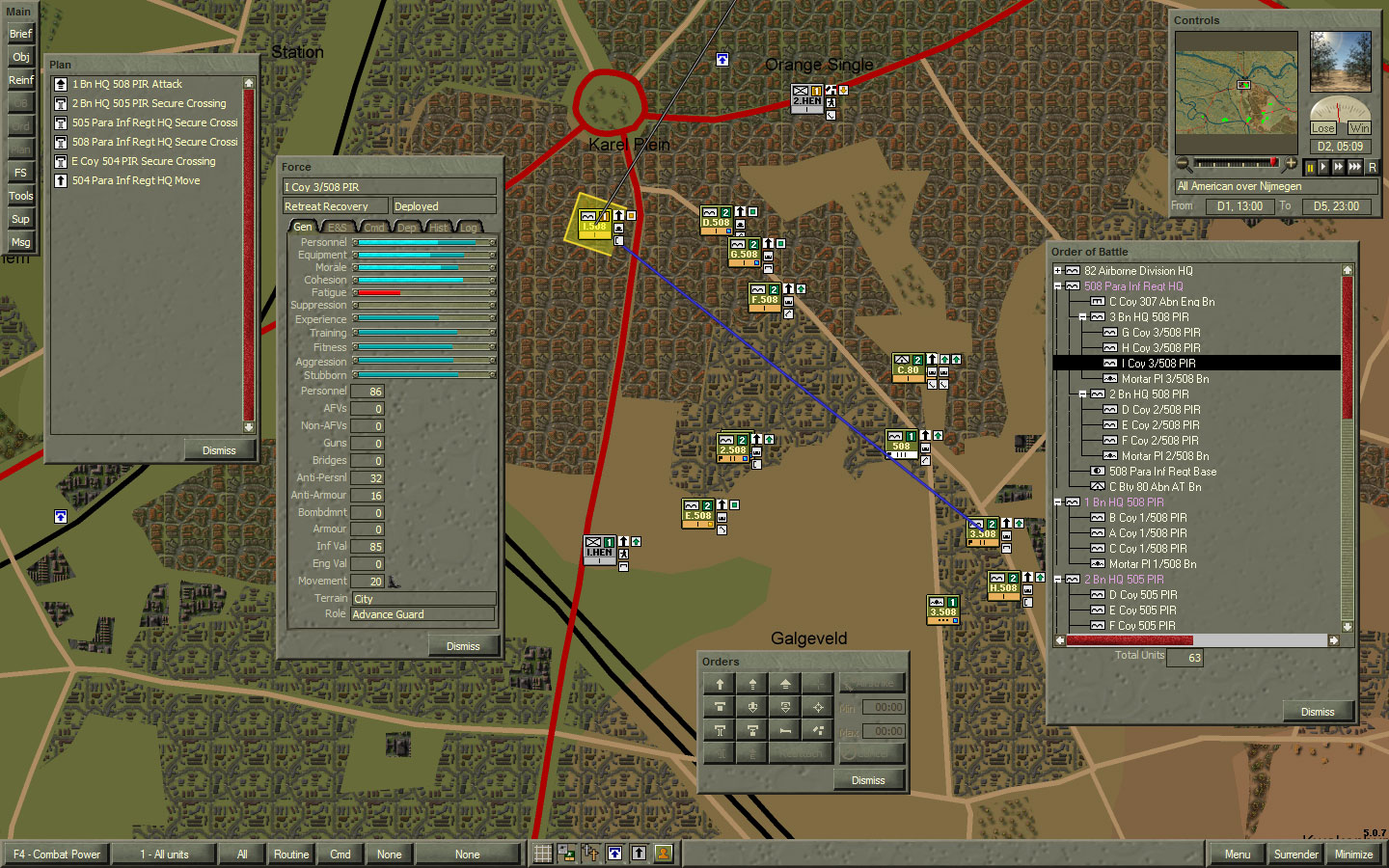 The delivery format is entirely digital and the DRM is non-intrusive (based in serial numbers). The offerings menu is a bit convoluted for my taste: one free, base engine and add-on modules which cost between $30 to $35. It looks like Panther Games is going the same route as Eagle Dynamics in terms of content/modules. In terms of content, one can only hope the Panther can soar as high as the Eagle in terms of productivity. Tongue in cheek ... But check out the next paragraph.

I got the so-called "Commander Pack 1" for $50, which includes all the modules available so far. Although from a previous version of the Command Ops engine I already own most of the scenarios (or similar versions of them) in the Command Ops 2 module packs, there are some nice new content in one of the module packs (The Cauldron): North Africa scenarios on Battleaxe, Brevity and Crusader in North Africa. The lack of enough totally new content may put off some of you. Just make sure that you check the new engine (free download) to see if it is worth your money. For me, it was a no-brainer. But I am a big fan of this game system.


The game is solid and playing it is a pleasure. Panther Games is one of those companies that make things you come back to and learn something new every single time.

As with any software of this complexity, I noticed some oddities like the game slowing down when a HQ unit is selected and I could not get the messages window to work properly. I'm confident that these issues will be fixed soon.

So far it looks like a minor interface update. I've bough CO and all the modules from Matrix games and I do not feel like paying twice for the same thing. Is there any game changing features in the new version?

No, there are almost no game changing features - only the interface has changed (some options added, movable windows etc.).

And dare I say, the new interface is not very good - if you've got a single monitor, all these windows clutter the game area very quickly.

The base game is free try it before you buy it.

I tried the Base Game, and no thanks i don't buy the Game a third Time. And Yes the new UI is rubbish. Cheers.

The new UI is different, far from rubbish, but to each their own. I like it as I can design it how I wish. If a window gets in the way, I can close it. What I need stays open.

I didn't have all of the modules from Matrix so it was a wash for me to add the Greek and Med/North African campaigns. Looking forward to seeing how the game continues to develop and improve.

My installer for the free Core game won't open any help would be appreciated.

Sorry for the late response.

Sorry to hear that. Please submit a ticket at:
http://forums.lnlpublishing.com/forums/co2-game-support.50/