YouTube celebrity and DCS connoisseur Bunyap has created one of the most remarkable campaigns for DCS. Unfortunately, DCS World 2 -still in alpha- is not able to accommodate it at its full splendor in mid range hardware configurations. 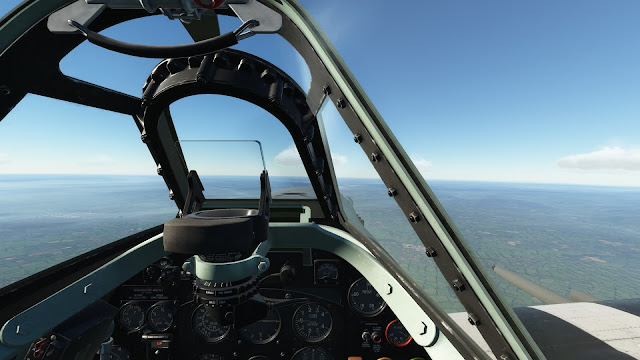 The Operation Epsom Campaign s a fantastic achievement. Historically accurate and with briefings that read like original archived material, the campaign puts the player in the flying boots of a Spitfire LF Mk. IX during the time frame of the famous wide maneuver of the British forces to outflank Caen.


This is the first Eagle Dynamics campaign to be flown over a historical backdrop. And the virtual battle below is no less than WWII, so this campaign is a tough test for DCS World 2.


The DCS 2 engine models every unit as highly detailed 3D entities with no polygons spared. It certainly looks fantastic, but there is no way this engine (or any other for that matter) can render at once a WWII division in its entirety. I was not expecting by any means that the campaign would feature even an entire regiment of combat troops. The war below the wings of your virtual Spitfire is designed for effect with flak and targets of opportunity in critical spots.


To give you an idea, the total amount of units in mission one is ~90, counting all aircraft, ships, trucks and flak units. This amount of units is high but seemingly manageable for a flight simulator. There are videos online of players with high end computers running this mission at 60 fps after giving up just a few visual goodies.


On mid to low range computers, the campaign was unplayable in its release form. The frames per second would go from 60 to 15 too frequently, making it impossible to take off, fly or fight. The problem was quickly recognized by Eagle Dynamics and they implemented a user-activated kill switch that disables some units from the map. When activated, the kill switch results in a pleasant and steady 50-60 frames per second. How much of the campaign's original flavor is lost by using the kill switch is unknown to me, because I don't own a top of the line computer. The official forums give you an impression that a lot is lost ... 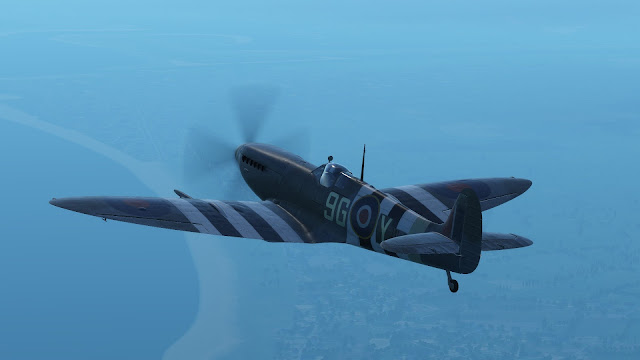 The strange thing is that in mission one the switch apparently kills just 4 ships, 6 Bofors AAA guns, 3 trucks and two flights of friendly aircraft coming from the UK. This count comes from a TacView debrief file and off course it does not count scripts, triggers and voice recordings that may have gone offline. 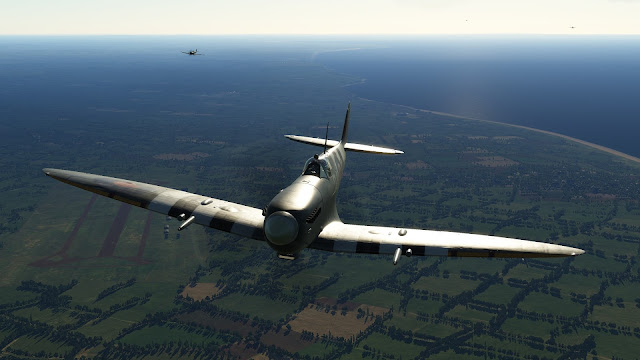 One may say that DCS World 2 is just in its alpha and not too much should be asked from it.And rightly so, the DCS World 2 engine and the Normandy map are still undergoing optimization. Also, let's not forget that the Spitfire itself is still an early release form. The first official foray into a full WWII experience has been rocky for some users, but the good news is that a workable solution was found, the limits of the sim's engine tested and thanks to the talents of Bunyap we have proof that it is possible to have a good WWII fight in DCS World.

Oh, I was wondering why we have had no new videos from Bunyap for so long. Obviously, he's been busy creating this awesome campaign!