This is from "Strela", commander of the kampfgruppe behind the design and development of the Panzer Battles series (Battles of Normandy, Battles of Kursk - Southern Flank).

We would like to officially announce the formation of Wargame Design Studio (WDS).

WDS is composed of industry veterans with experience in building games for the grognard war gamer. 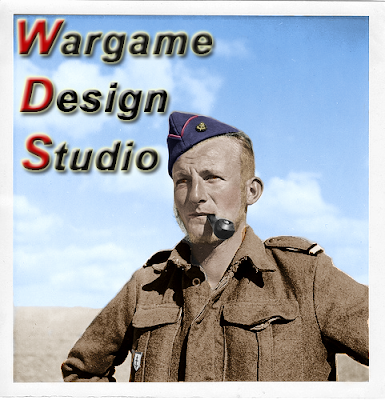 WDS will be initially focused on the John Tiller Panzer Battles game system and has the right to build and modify the game code as required. This is the first time that John has licenced his game code for external commercial use. Any resulting titles will be published by John Tiller Software. To drive change in the game code, Robert Osterlund (Berto) is joining WDS as lead programmer and architect. Berto has been working with the Campaign Series Legion to update the Campaign Series games published by Matrix Games. Berto will continue to work with both design studios.

We are working on a number of projects currently. The third Panzer Battles title is set in the Desert and the official campaign covered will be announced soon. 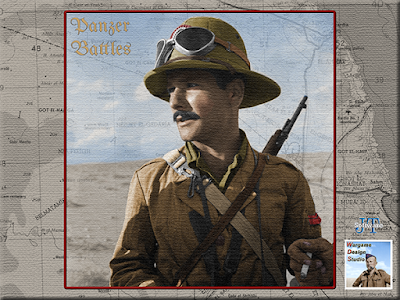 We are also working on a Demo that will be available for free. The initial scenarios to be released with the Demo will include actions from the Eastern & Western Fronts, Desert and Pacific theatres. We expect to make more content available for the Demo over time. We’re committed to bringing both new players and new designers into our hobby and the Demo will be a perfect way to promote that. 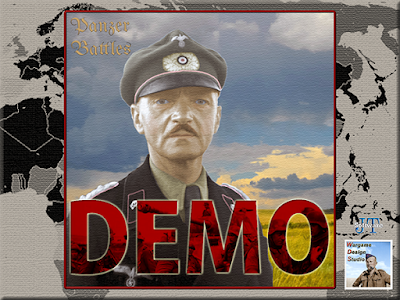 With access to the source code we will be enhancing and adding a range of new features in the game. We are currently testing a beta patch for both Panzer Battles Normandy and Kursk. This beta patch will be released soon for broader testing within the community and will include a number of enhancements;

In addition, we are adding completely new short-cut keys for nearly every in game function. 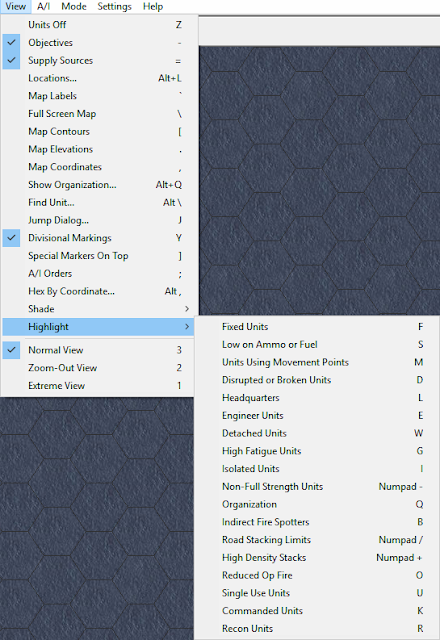 With the advent of high resolution monitors, we are providing double sized Classic and Standard (new) toolbars. All have tool tips including the applicable short-cut key. There are 70 icons now available in either a single or double row. Below is an example of the new standard icons at the ‘small’ size. The 70 icons fit across a 1920-pixel screen width. Lesser screen resolutions will be supported.

Finally, there are a lot of additional informational filters – below is one example showing height elevations; These are just a couple of examples of the changes that will be coming in the Beta release. There are a lot of data and scenario updates being worked on currently and once the new Beta has been reviewed we will release the next official patch with all the changes included.

We have quite a long list of enhancements to be considered including everything from victory points to supply, through artillery & artillery spotting. We also hope to enhance reporting and other player aids. All of these are yet to be committed to but with access to the code there is a lot we can do.

Finally, we have quite a number of other projects underway and look forward to sharing those at an appropriate time in the future.

The team at WDS

Now a bit more info about that intriguing demo for Panzer Battles. The highlights are:

Nice update, looking forward to future work of this team!

Thanks for reading, Jozef.

Not quite sure where to ask this, but I know you're a fan of the John Tiller games... could you tell me what the main differences are between the Panzer Battle series and the Campaign series (over at Matrix). I'm having an interesting time at the moment with the Middle East Campaign series - lots of smaller scale engagements in a theatre often a bit overlooked, and I think the scale is similar (250m to a hex) between the two. The map graphics on Panzer Battles look rather better (particularly with clearer elevations, at least to me).

(I've had some fun before with Squad Battles but don't find the Panzer Campaign scale too appealing.)

Any chance the graphics can be modernized? New turn resolution mechanics? Not sure if hot keys and icons are worth the effort. If not, I would concentrate on new content outside of WWII. The engine "been there and done that". A near future war game highlighting recent news in the middle east or in the Pacific might be very appealing to the many players, specially those who lost interest in the John's engine years ago.

I think that the scale of Panzer Battles is very close to the one in the Campaigns series. The thing that is different (besides the theater, off course) is the explicit representation of units (number of men, for example). If you search in my blog you will find a few posts describing what is modelled in Panzer Battles. And also how it plays. :)

I think that Strela's post describes pretty much the direction in which they are aiming. I don't think that a major revamp of the core game mechanics are planned but I could be very wrong in this.

Scenario/Theater wise, there are many things going on right now. But I can't share right now.