This little devil of an scenario is as small as tough. It's a tiny scenario of the stock Gustav Line module called something like "Kiwi Soldiers" or so. 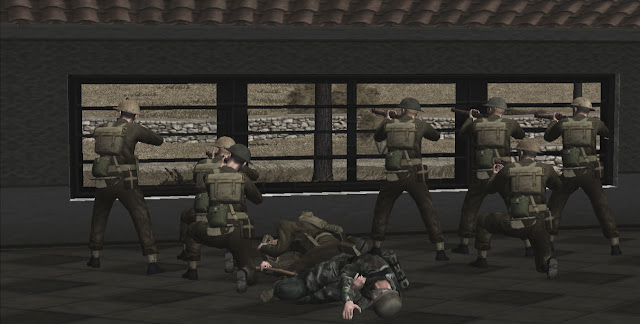 
Take a look at the tactical situation of this scenario. I am playing as the New Zealanders (green icons).


Always remember that is very rare to see a real dilemma in the battlefield. Don't get caught out of options just because you are out of ideas!

Classic use of smoke and the PIAT to supplement the mortar as the commander's "back pocket artillery."

JC what program are you using to overlay the arrows?

Thanks for your comments, gents.

Chris, overlays are made with Photoshop.