It's simple but deep. It is a game for the 21st century but designed with solid, good, old principles. Its gameplay flows unrestricted, seamlessly across several strategic aspects but invites and rewards a deep exploration of many factors involved in waging a global scale war. It's hex-based but devoid of many board games' antics. 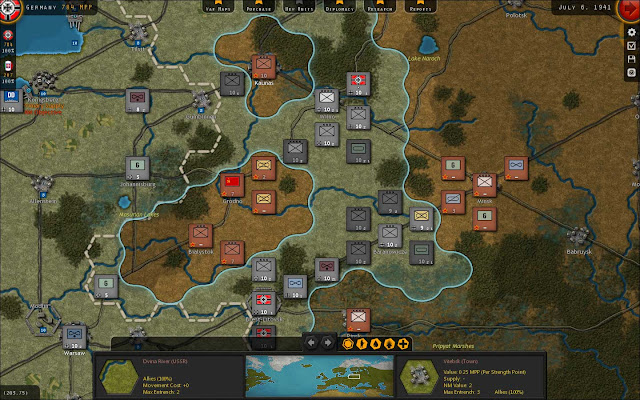 Fury Software has been around since 2002, pursuing perfection through many iterations of its Strategic Command signature game. This review is for their latest and best, Strategic Command WWII: War in Europe (SCWE from here). 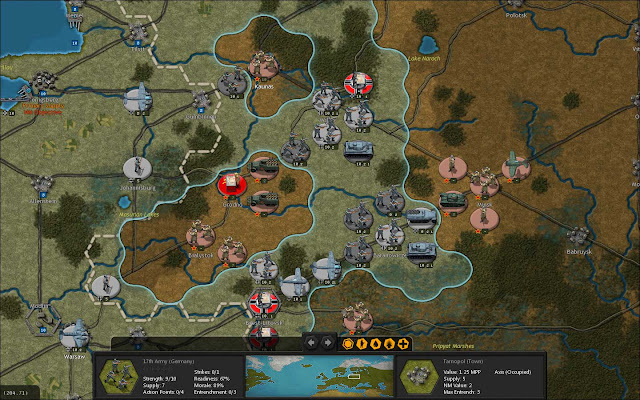 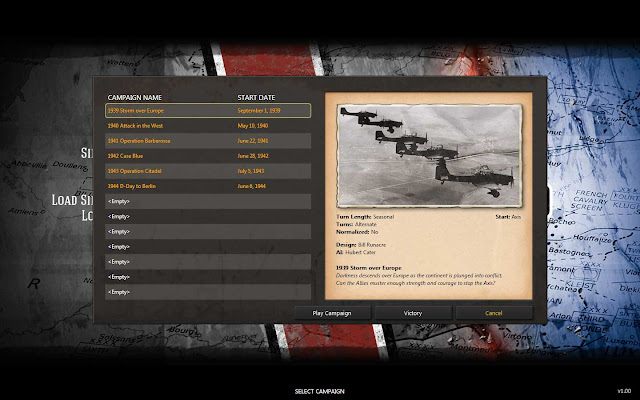 SCWE is a military grand strategy game in which the player takes his nation (or alliance) through WWII. Of the traditional ten elements of military strategic planning, SCWE clips out from the player deciding what is the national interest, identifying national threats, the formulation of domestic and foreign policies. As a player of SCWE, the player will find himself always at a state of war or very close to it. This means there are no scenarios in which the player can build up an economy, gear up for war over a period of several years or try to settle for peace. There are diplomatic options, but these are limited to skewing minor nations into your side and declaring war on minor countries. So, keep in mind that SCWE is a game about grand strategy with a sharp focus on nations are already at war. 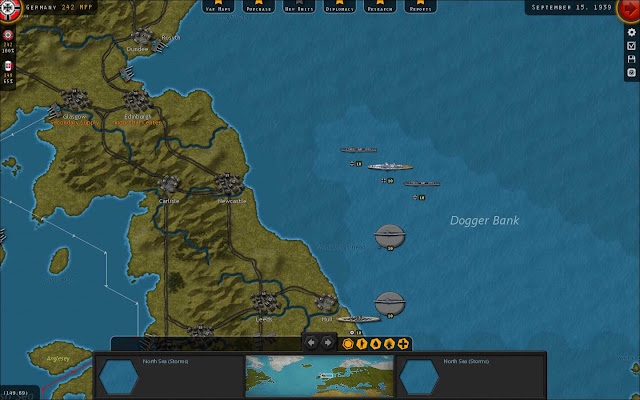 The player's task a strategy for the conduct of war. That involves choosing the military objectives and adapting his strategy by assessing/purchasing the required resources and evaluating the risks to achieve those objectives. One could say that the capture of the enemy's capital is just THE military objective (achieving this objective will usually lead to a national morale collapse so severe that the enemy nation will surrender), but the centers of gravity of nations are  more nuanced in SCWE. The most clear example showing this is what to do as the Germans in the Barbarossa scenario: push to Moscow in procurement of political fallout or starve the USSR of military resources and morale by attrition/seizing its industrial hubs and cities? Neither are easy in the game, but so was in real life. 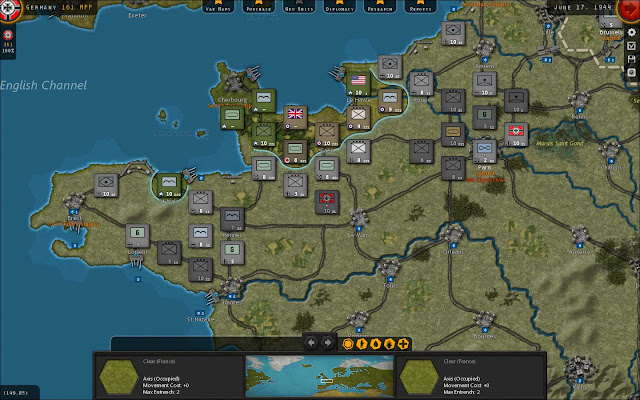 The center of the gameplay in SCWE is land combat. Moving and attacking is straightforward. Combat results depend on the type of terrain, the entrenchment of the defending unit and the readiness of the combatants. The readiness is a consolidation of several factors strength, morale, HQ support
and off course supply. And speaking of supply, SCWE has one of the most straightforward and easy to understand supply implementations in the digital war gaming market. There is even a button that allows a visualization of supply values for each location in the map. Getting encircled will deplete a unit's supply levels and its morale, so keep an eye on not getting trapped in a pocket. 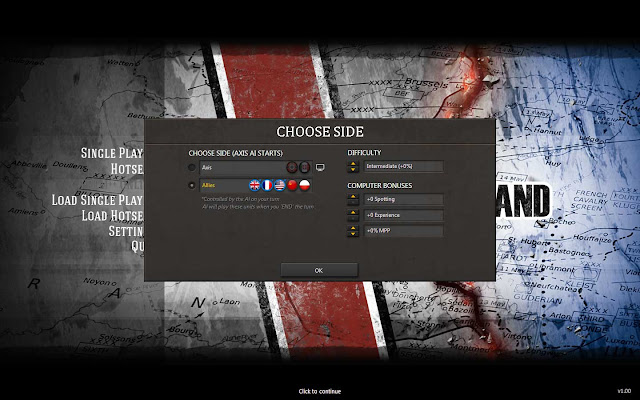 Some players have wondered why the game doesn't allow the stacking of units within an hex, but given the size of the most common land units it does not affect gameplay too much. Indeed, the lack of stacking is compensated by the new ability of land units to move, attack and then move back (with much reduced mobility) into friendly territory. This allows to move in another land unit into the attack and then repeat the procedure until the frontline gets too crowded to accommodate another fresh unit for further offensive operations. So, no out-of-a-single-stacked-hex simultaneous attacks, but sequential attacks are possible. The overall result of this game mechanics is believable most of the time, but the non-stacking rule may generate some head scratching moments in campaigns like D-Day, in which the player may have to leave many troops in the channel, embarked and unable to reach the overpopulated shores of Normandy. It is also worth to mention that air units occupy an entire hex, which in some desperate situations is a piece of real estate that could be used for land units. But then off course, the range of the air units is big enough to base them out to the rear. 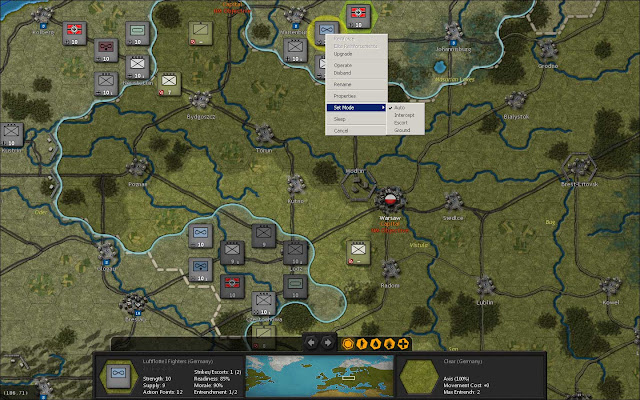 The naval aspect of the game is satisfying enough but SCWE is not a game that will be remembered for dashing fleet action, catastrophic loss of sea line communications or the destruction of commerce by submarines. Although all of the above are possible within the engine, the SCWE engine doesn't get too much traction in the handling of naval operations. SCWE uses almost the same base mechanics in both land and naval combat with no offensive or defensive persistent orders available besides convoy raiding. The player has no chance to refuse a naval engagement if his fleet or task force is attacked and will likely opt for a very conservative operational approach. SCWE has generated a naval environment that doesn't allow a massive fleet to be assembled, but rather separate parts which are liable of getting fed piecemeal into the opposite navy. So, players are advised not to take the naval war representation in SCWE too literally and to make sure to compensate for the lack of match between the space and time scales and the small size of the fleets sailing non-stacked in the seas of conflict. Leaving no fleet out of port when a turn ends has helped me lot. 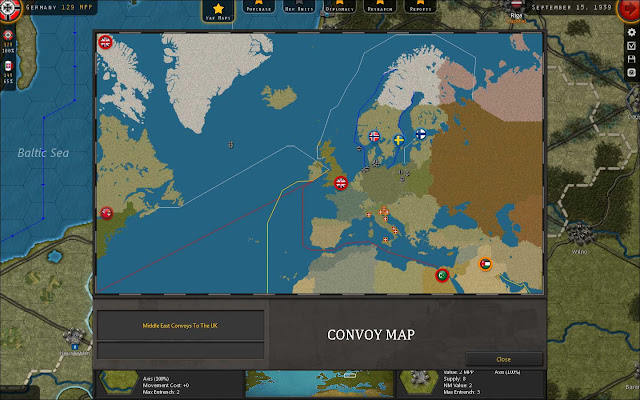 The computer opponent is competent and convincing. It makes sound decisions at the strategic level and puts up a good fight at the operational level. On top of "on the fly" decisions for the computer opponent, SCWE uses scripted events that help to keep the game aligned with the geopolitics of the war. The computer opponent turns take less time than in previous incarnations, the duration depending on the particular overall situation of the war (anywhere between 2 and 4 minutes). 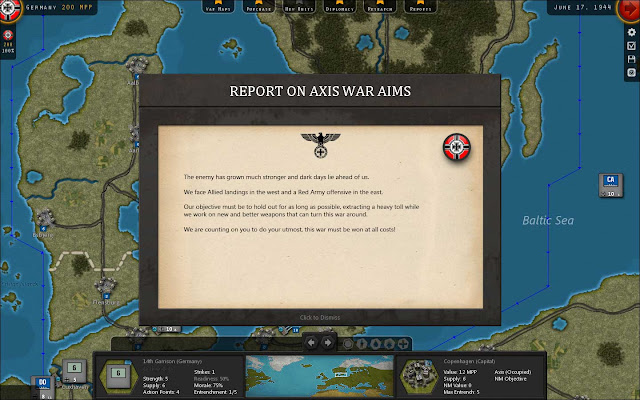 In conclusion, SCWE is a solid strategic war game with a flawless interface, effective and beautiful graphics and with an intelligent design that will engage grognards and casual gamers alike. Fury Software has demonstrated that bean-counting minutiae is not necessarily the standard that defines the serious strategic war gaming genre. 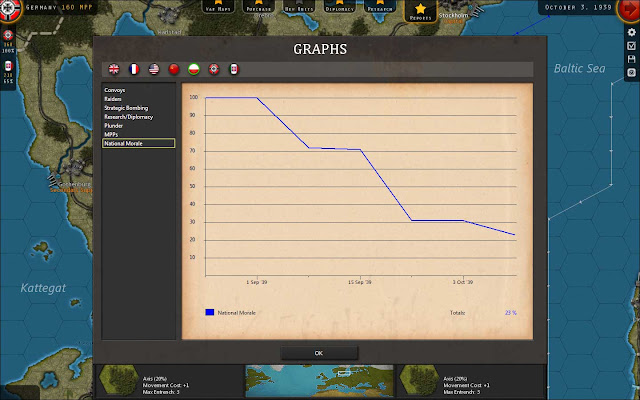 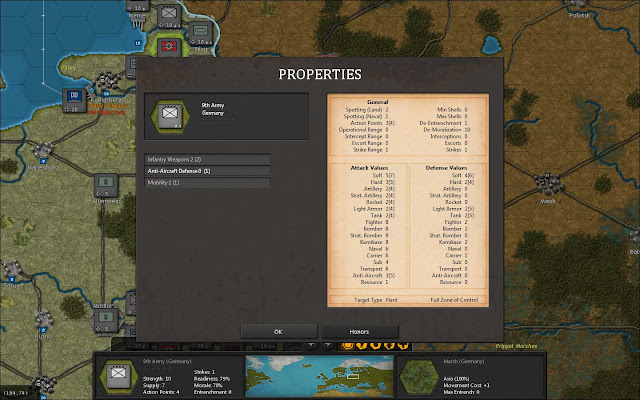 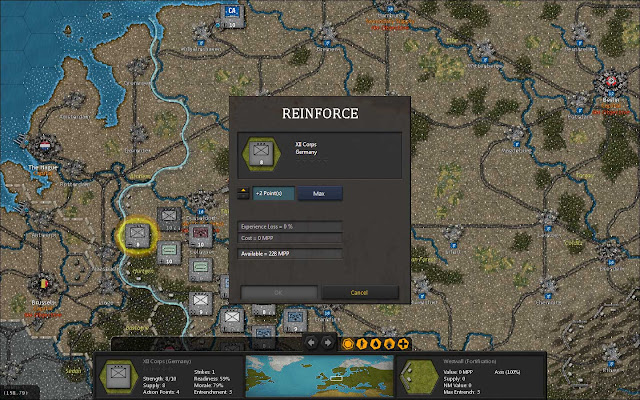 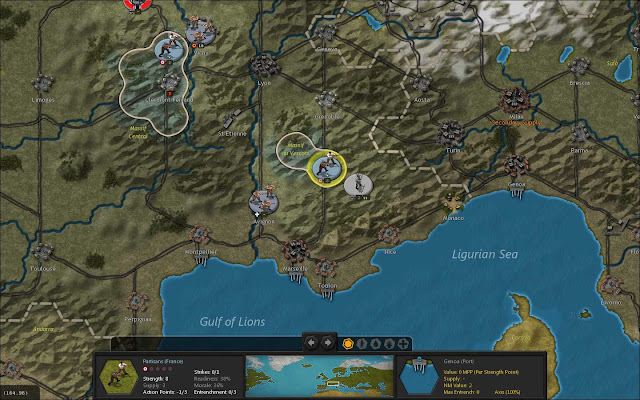 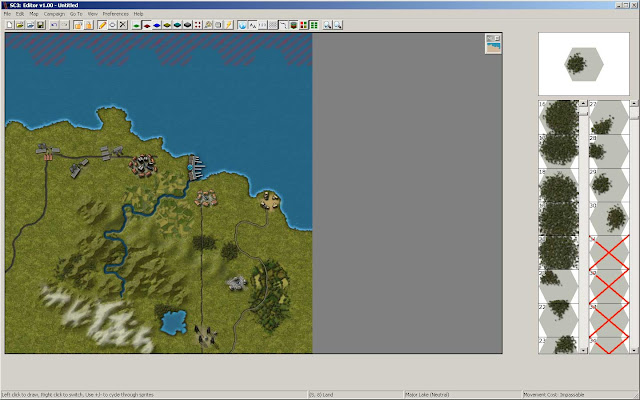 No matter what is happening (the engine) in the background it will only be frustrating in the end if you are serious about wargaming. You simply will not be able to conduct normal military planning in this scale and the scale cannot represent the reality (turn game basis apart).

I don't think this is anything more than a game, Chris. It's not military simulation, but rather more complicated chess with historical backstory.

Yes. To this I can agree. But then there are better offers for IIWW themed chess-like games and for free e.g. Open General :)

I hope one day we will see Panzer Campaigns and TOAW 3 with new processing engines allowing for semi_control of units (letting AI control some/all units but setting objectives for them).

In my experience Strategic Command (i've played SC1 and SC2) has the best AI in those type of games. It's actually working and can be a challenge. At least that's worth something :)

I am on the fence about this game. Anyone love it? Anyone hate it?

I have to agree with Chris Adamus, and also take it one step further. Hexes are a bad idea, and not just at this scale. It's an unrealistic leftover from the day of physical board games, and is totally unnecessary today, when wargaming on computers.

Hexes are the only way to discretely and evenly divide up a plane, they are an excellent thing and there is a reason board wargames have been using them for well over 50 years.

As for the scale, it is grand strategic. It is no more or less realistic than operational or tactical scale. It is silly to say one scale "can't represent the complexities of warfare." Each scale shows different things. An operational level game with 1 day turns or even worse, 4 hour turns certainly isn't going to represent the complexities of production, research, logistics, etc. Each scale is different and shows different aspects of war. This is grand strategic. If you don't like the scale, fine, but realize it is other people's favorite scale.