Scheldt '44 - Less Playability Can Lead to a Shortage of Realism

In the year 1876 General Jules von Verdy laid the foundations of the so-called "free Kriegsspiel" in which the complicated rules and book keeping of the "rigid Kriegsspiel" were replaced to a great extent by an umpire that would use his own criteria to decide the outcomes across the board. This pivotal shift in the implementation of wargames is meticulously documented in Peter Perla's The Art of Wargaming. 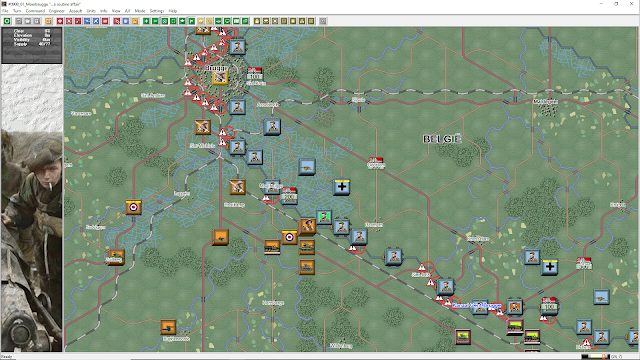 The "free Kriegspiel" playability relief was about getting around homework tasks. In the case of computer wargames, we now have microprocessors to take care of those rules and calculations. So I'm using the term playability as an aggregation of the actions that are available to the player and the impact of those actions in the outcome of a particular scenario.

The balancing act between realism and playability that the game designer has to achieve is well documented elsewhere. John Tiller Software has a well established reputation of solid research that has resulted in multiple titles that are both engaging and play like a military history lesson. But something has happened in Scheldt '44 and it is worrying me: the preoccupation with achieving historical outcomes by intentionally throttling down playability.

First, the use of optional rules to chill out the tempo of Allied operations. This thing of picking up optional rules is not exactly new and has been the source of much of what I call "pre-PBEM ORA" (back and forth e-mails to come into an Optional Rules Agreement with an opponent). I've never been too fond of these discussions, but Scheldt '44 has brought optional rules back into my attention because the "delayed disruption reporting" optional rule. According to the designer's notes "this rule is critical to achieving a realistically slow pace, particularly in scenarios that involved assaults on fortified positions". 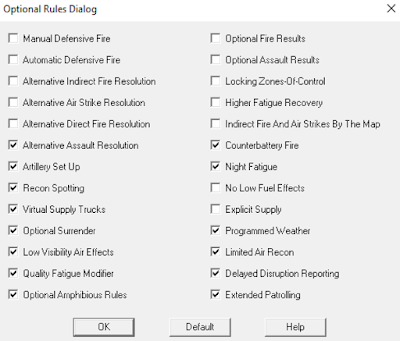 You can opt out from optional rules at your discretion, but you can't get around the low morale ratings assigned to many Allied units in some scenarios. An entire section of the designer's notes is devoted to morale ratings. As you may know, the Panzer Campaigns engine mixes training, combat experience and overall enthusiasm into one morale descriptor that goes from A (elite) to F (abysmal). It is a good system and works well. In Scheldt '44 a lot of work has gone into assigning quality ratings to the troops and it is understood that quality ratings may be subjective. It is also historically correct to assume that the Allied forces were not too enthused about this campaign. But when a D rating is assigned to mine flails and AVRE units (highly specialized and trained units) "to discourage the Allied player from using these specialized engineering vehicles as extra tanks", we are actually talking about something different than morale ratings. Maybe these units need less mobility and assault rankings instead of a dumbing down in their morale? But the odd combat engineering unit here or there is not a global playability killer. 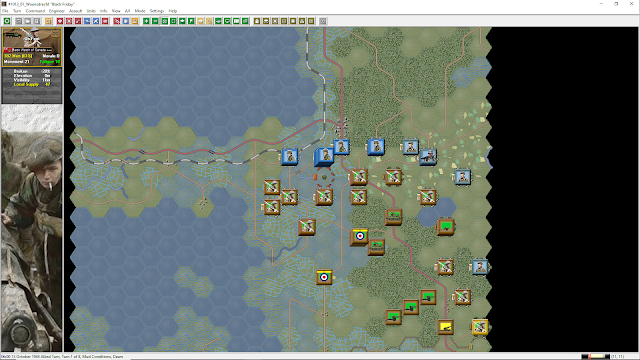 What seriously wounds the playability of some scenarios in Scheldt '44 is that a low initial morale rating increases  the chances of disruption and the chances of recovering from it. Disrupted units can't assault, fire with less efficiency and can't receive replacements. Playing as the Allies, you will find your D morale rated troops disrupted easily because of their starting low rating (see Morale section in the Panzer Campaigns User's Manual). In addition, fatigue accrues faster in low morale troops. This in turn can lead to a further decrease in morale ratings and to an increased chance of disruption.  That's a nasty negative feedback loop that has been in Panzer Campaigns since a long time.

Negative feedback loops tend to produce a mess when their parameters are shifted. Think of your toilet's water tank after a flushing, shutting down prematurely because your float is bigger than the specifications, leaving the tank half empty. Compare that to what happens with a smaller pipe input, it fills the tank slower and can match any "historical pace" you wish. But you get your tank full, as the Allies filled the Scheldt -slow and all-.

In Scheldt '44 you will experience harsh attrition as the Allies, in particular while crossing canals. Maneuver units melting down at their lines of departure, due to the combined effect of their low initial morale rating (and subsequent and downward spiral of morale doom) and because mobility is also low and you need a whole turn to move onwards to the assault (which leaves the assaulting units exposed to enemy fire for the entire opponent's turn). Low morale engineer units who either take days to build a bridge or disrupt too easily and can't recover to build anything or just lend a hand with boats. I don't think this is realistic, no Allied unit had such a contempt for their duties and the hardships they posed on them. I already have plenty to worry about the restrictive terrain, the lack of air, artillery support, the counterbattery fire seemingly not working and the shortage of infantry. Handcuff me with anything else, But not with the quality of the troops. 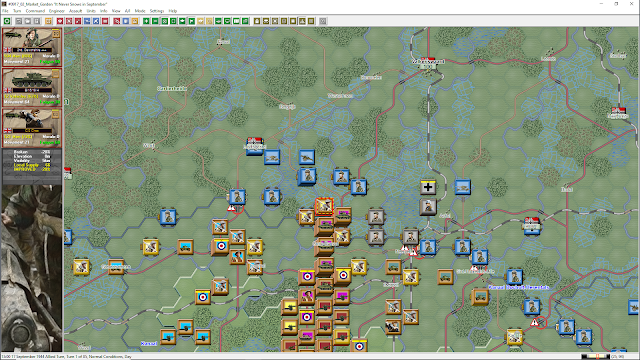 We may never know the right answers, but gaming can sometimes help us learn to ask the right questions.

Perla, Peter. Peter Perla’s The Art of Wargaming: A Guide for Professionals and Hobbyists (Kindle Locations 1258-1259). History of Wargaming Project.

JC this is a really interesting post. I don't disagree. I hate historical strait-jackets and tend to enjoy designing scenarios where there are less things known about the battle or the battle is fictional. You learn more about the army you command, the battlefield and the period of warfare when you get to make more choices. Overall, I have really enjoyed Scheldt, but perhaps I haven't been paying as much attention to the design choices they made as I should. Lots of things to think about now. Thanks!

Hi Chris,
Thanks for reading and thanks for the Twitter comment too.
Something is off with this title, I noticed it after a few scenarios. I just wanted to express what I feel it is.
Cheers,

Great post.
Could a way to mitigate the problem of realism vs. playability to have more optional rules and settings. Meaning that one could vary the moral of the units. If one then gets better or worse than the historical outcome one has a good measurement of the realism of the game.

Thanks for reading. I would certainly welcome such a thing!

Great post, the rule in JTS are always something to discuss and it's interesting your take in the last game they release. Those morale D tanks are not a good way to use it.

Hi Anon,
I think you are right. I was trying to think it in terms of morale: the loop makes it go down (?). Dude, I'm getting confused now. :)

Thank you someone for speaking out about moral it is good to know I am not alone in this issue. I find moral issues in all of JTS games and this is perhaps the worst of them