This is a self-made scenario assembled with the game's scenario editor. 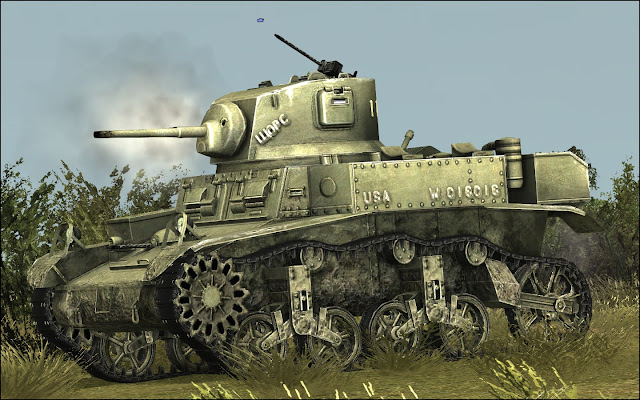 I am playing as the German's, and we are trying to hold a crossroad against aggressive Soviet reconnaissance. Under my command, two platoons of German infantry reinforced with two heavy machine guns. The Soviets, with three platoons of reconnaissance troopers along with a platoon of light tanks.


My troops have survived the first contact. But the situation is very fluid and keeps me wondering about what is going to be the Soviet's next move.

If AI is any good it should order artillery barrage on your positions. And attack :)

The Germans are dug in, they have HMG's and mortars. I suspect that they also have more men, with the two standard infantry platoons + HMG's against three soviet recce platoons. And the AI does not seem to have any artillery. The only advantage it has is a light tank platoon, that is three or four Stuarts at the most. The soviet infantry will be suppressed by the the MG's and mortars, while the Stuarts race through the German positions and get knocked out by the AT grenades or molotovs. Even if the AI is any good i doubt it can do much in this situation.


Artillery: good question. I don't actually know but I will check it out.

The AI on the attack: you will see it in the next post. :)

What's to stop the M3s from sitting outside panzerknacker range and hosing down your positions? Aside from the reverse slope one it would be difficult to approach without envelopment, the AFVs may be quite dangerous yet.

Very true NW. I didn't see a handheld AT rocket being fired, though, during the entire game.