Graviteam is on fire, fellows. After the release of the second installment in the highly acclaimed Achtung Panzer series (Operation Star), it's DLC after DLC and there is no other choice but to enjoy. 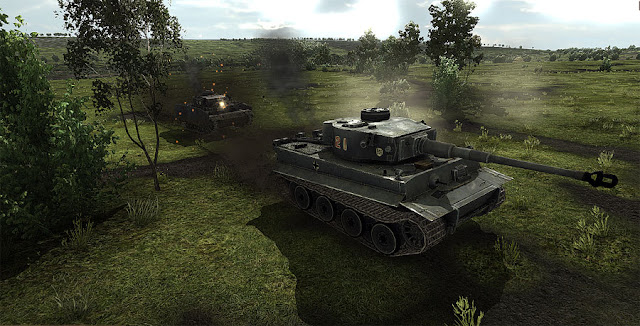 Volokonovka 1942 is new DLC to be released on 15Jan12. It's a new area of operations, with campaigns and missions during the summer of 1942.

Here are some screenshots of a quick battle where I fed Soviet tanks into the teeth of a German tank company defending in a reverse slope. The body and burnt hulls count was not pretty.

Those are really nice screen shots. The last tank game I bought was T-72 BOF...maybe time to update the library.