Arma 3 Apex was officially released on 11Jul16, but most of the content released was available through the so-called "Dev Branch". 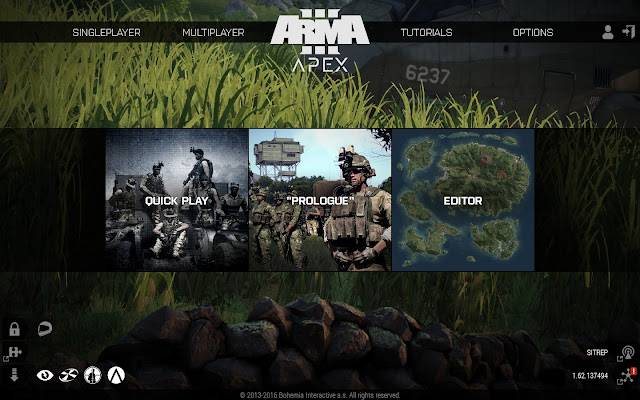 With a new and slick interface, a new map and new armed virtual characters it shows that the developers do care about how the current and future users do and will interact with the game for years to come. The core values that made Arma a success, like the readily available mission edition, modding and the wide open areas of operation were not left behind.


If there is any criticism about this release that would be its shortness of single player missions (some of the missions are a bit shallow) and the weak sound effects for some guns.

But when you have so much in other departments, does it really matter?

Sorry to hear that. Still happening? I can see those in my computer and cell phone. Anybody else having issues seeing the pics?

It happens sometimes when I check the blog from the PC at work, damn server firewalls that try to block internet to make me do my job :D, but it's a local problem don't worry JC.

Ah, OK then. Thanks, Marco.

That must be the case, yes. It worked fine from home for me as well.

It is of course no wonder that an obscure website such as Blogspot is blocked... ;-)