This is an expansion pack that requires ownership of Scourge of War: Gettysburg.

The Battle of Brandy Station (also known as the Battle of Fleetwood Hill), is frequently cited as the biggest cavalry engagement ever on American soil, the unique cavalry-only (almost) battle of the American Civil War and the start of the Gettysburg campaign. Trivia and connection to something bigger aside, you military buffs out there will recognize that this battle holds a special place in military history for who, why and how it was fought. Right after the defeat at Chancellorsville, the Union commander of the Army of the Potomac (Joseph Hooker) grew very uneasy about the threatening deployment of a strong Confederate cavalry force in Culpeper County (northern Virginia). Hooker's assessment was that the Confederate cavalry was about to raid the Union supply lines, and he ordered  Maj. Gen. Alfred Pleasonton to conduct an spoiling attack across the Rappahannock River. Pleasonton, commander of the relatively new Cavalry Corps of the Army of the Potomac, engaged the command of the legendary Maj. Gen. J.E.B. Stuart with a daring two pronged attack that threw the Confederates off balance for a while. Undaunted by the bravery, skill and stubbornness of each other, both Union and Confederates threw themselves onto a battle of sabers, pistols and carbines. 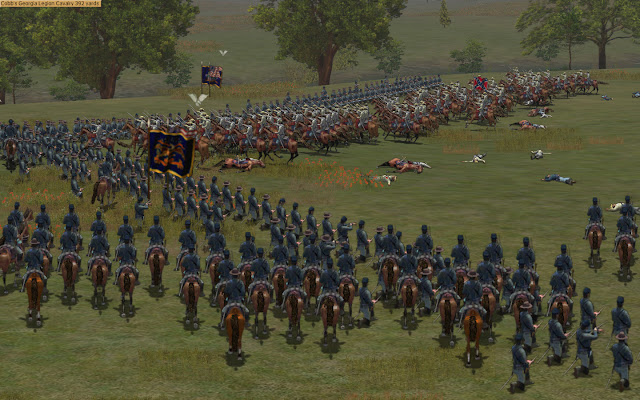 The battle ended in a tactical victory for the Confederates, after the Union commander pulled his horses back across the river. It was not a pretty display for Confederate General Stuart and nobody summed it up more aptly than Roman Jarymowycz:


"... he [Stuart] had been surprised and outmaneuvered. These were the cardinal sins for a force of cavalry." (quoted from "Cavalry from Hoof to Track"). 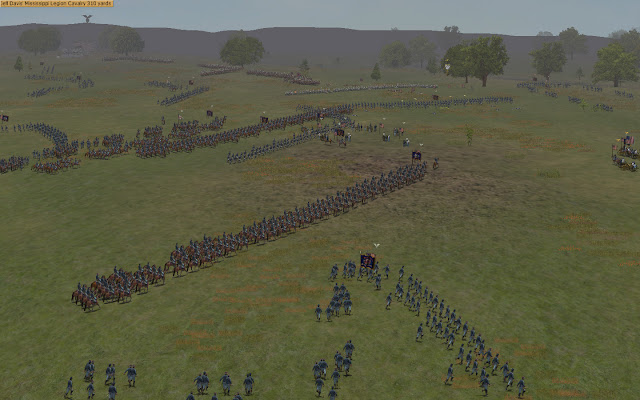 The Scourge of War game engine is without any reservation the most compelling, playable and realistic tactical representation of the American Civil War battlefield. You owe yourself to try it.


The Brandy Station expansion includes ten scenarios (five scenarios playable from each side) in which the player will be commanding brigades, divisions and (in scenario nine) the Union Cavalry Corps of the Potomac. The player also gets a map of the Brandy Station area for the existing and popular sandbox mode (a quick "make your own battle"  scenario editor). The pre-made scenarios offer a good selection of landmark moments of the whole battle. The scenarios in which the player commands single brigades are great to get those beginner players comfortable with issuing commands, but don't get fooled by the size of your force ... It's never directly proportional to the tactical challenge. Taken altogether, the pre-made scenarios can be played in around 10 hours or so. However, the challenging factor is high due to a very capable computer opponent which is in turn non-scripted (each battle will play differently every time). This means most of the players will most likely replay each scenario more than once. 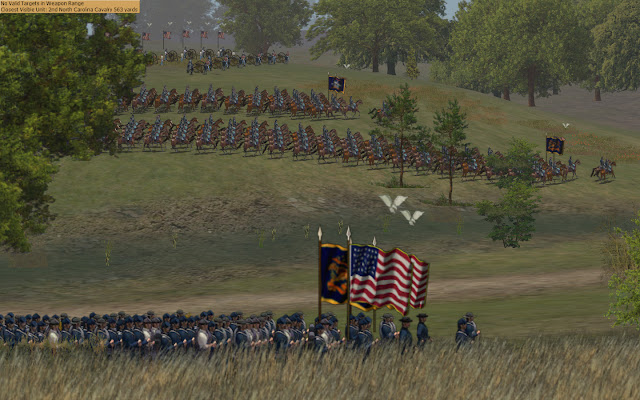 The tactical environment of this expansion is both interesting and off the beaten path. I insist that all trivia about Brandy Station being the biggest cavalry battle fought on American soil completely undersells what was at display in the real battle and in this game expansion. First and foremost, the tradition of the American dragoon (cavalry men that move mounted but mostly fight dismounted). Second, the post-Napoleonic and intriguing new combination of mobility and shock in times where the enormous increase in infantry firepower has made heavy cavalry almost obsolete. Third, the use of combined arms within a cavalry corps (the Union forces have a few infantry brigades in their order of battle). 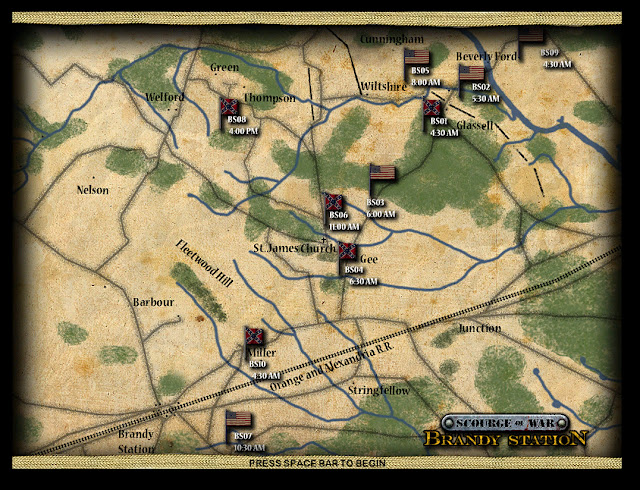 The themes above will get thrown at the player after every command decision. I found myself abusing the mobility of my Cavalry, just to find out later that my command is so spread out that it lacks firepower at the most desirable points and is liable of being counterattacked. Note to self: try to remember that the enemy has a lot of horses too. Another thing that struck me was the great staying power power of infantry, compared to the one of the Cavalry formations. I was amazed when at a  later time I read that the Union commanders put infantry into the Cavalry corps to "stiffen up" the control of terrain objectives too expensive to lose. These type of matches between the real and the simulated battle are not new for the veteran player of the series and are the result of a great wargame design process. 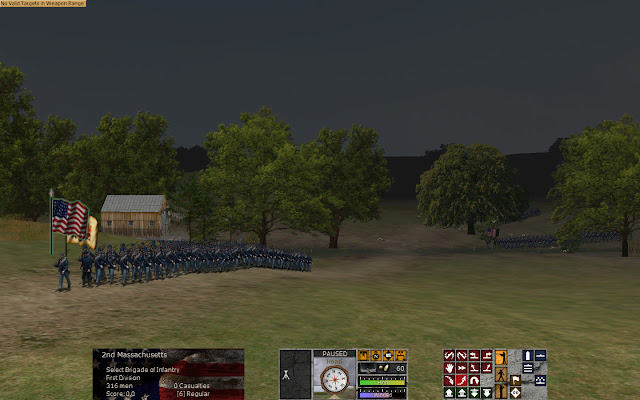 Score: A(-). Another great expansion for a great game series that has earned its place in the hall of fame of wargaming. I highly recommend this expansion but I recognize that the subject battle may prove a bit obscure or too small to justify the price tag for some players. 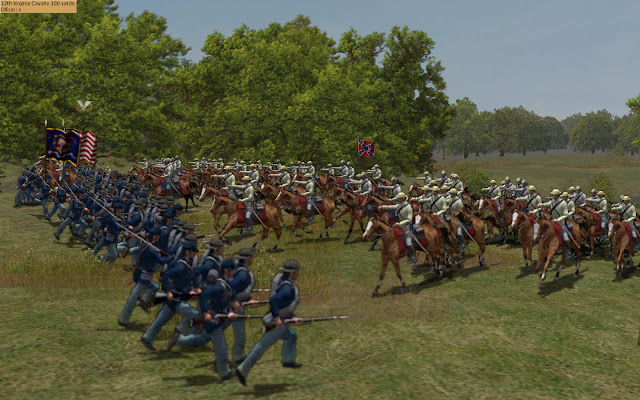 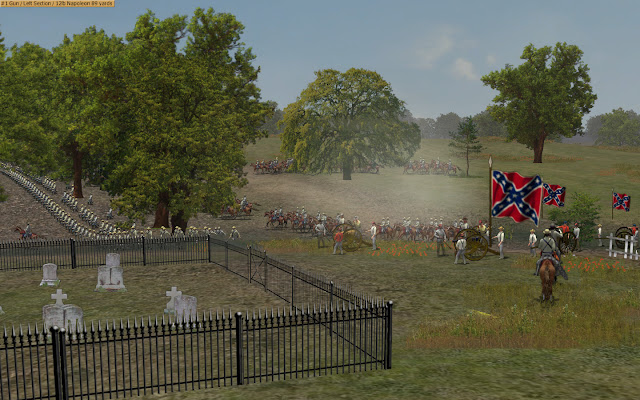 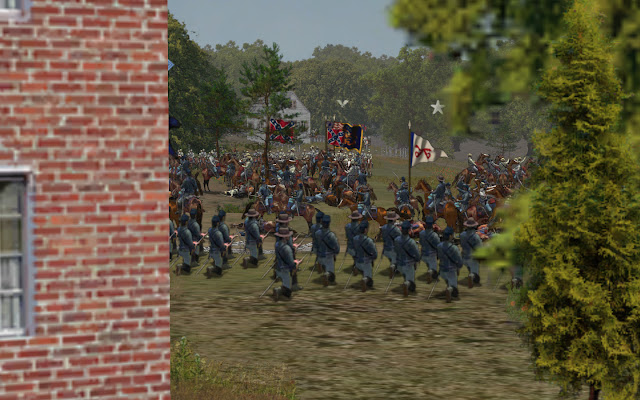 Thanks
JC for posting this. Adding this expansion is definitely on my to do list.

Thanks for reading. I hope you find it useful.