A smaller battle than Waterloo, packed with historical quality and nail-biting Napoleonic warfare, Quatre Bras is not only a great wargame but a tour de force on generalship and history. 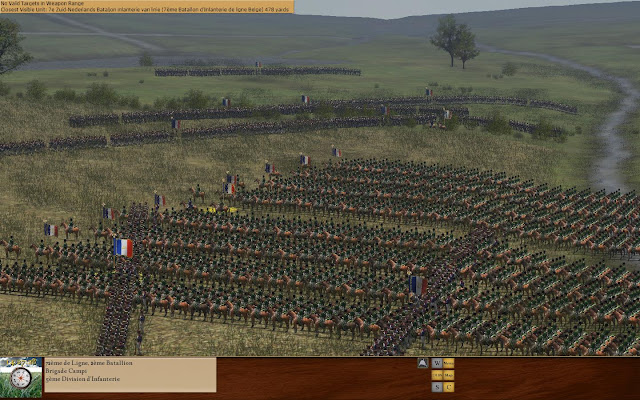 Scourge of War is a 3D continuous time, tactical/grand tactical wargame. I had the pleasure of reviewing the Waterloo edition a while back.

In both scenarios where the player is in command of Corps, the typical challenges of command and proper use of tactics of the era are unrelentlessly evident.

Scenario 5 puts the player in the role of the Duke of Wellington. The scenario lasts 3 hours of simulated time and starts at 2:00 PM. The forces available short at the beginning of the scenario, but reinforcements will arrive. The order of battle will expand in this manner until the forces under the player's command are a Corps (-). This scenario will keep players very busy, and victory is possible if they are good at delaying actions.

Scenario 4 is a 3 hour scenario played from the French side. Marechal Ney is in command of a Corps.

These scenarios depict the whole battle of Quatre Bras, but the player can only command a small portion of the forces. From the Allied perspective, players will be asked to defend (scenario 2, defend the Namur road as General Picton, 5th British Infantry Division), deploy and defend Quatre Bras (scenario 3, hold Quatre Bras as von Specht, Braunschweig Line Infantry Brigade). As a French commander (scenario 1, General Bachelu, 5th Division), the player is commanded to open the Allied flank by attacking on a narrow front.

Quatre Bras is a great addition to the series and two teaser tabs in the in-game scenario selection screen show that the battles of Ligny and Wavre are coming up. 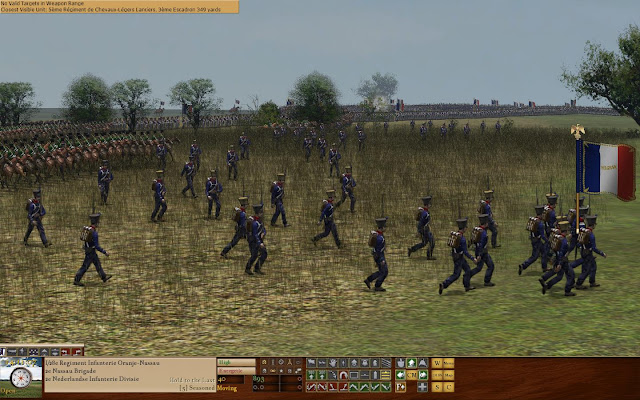 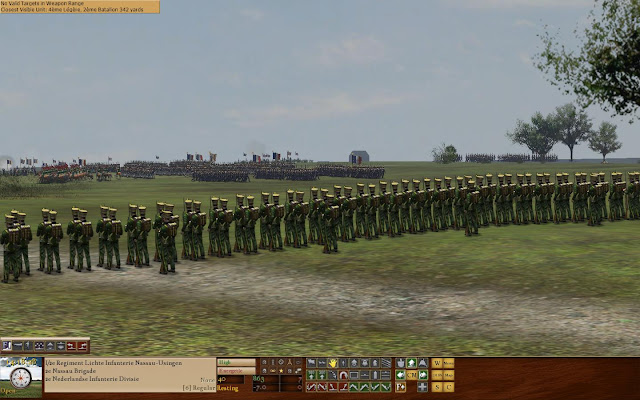 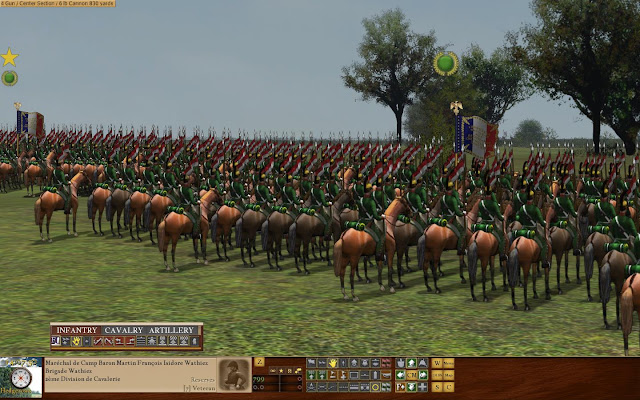 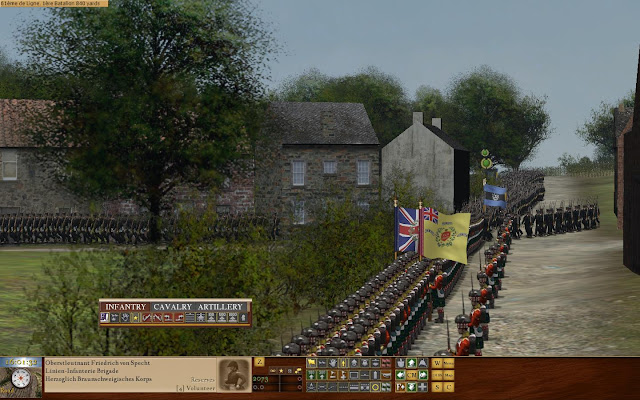 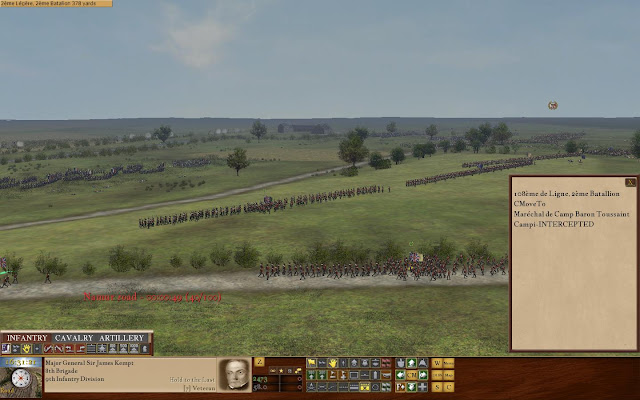 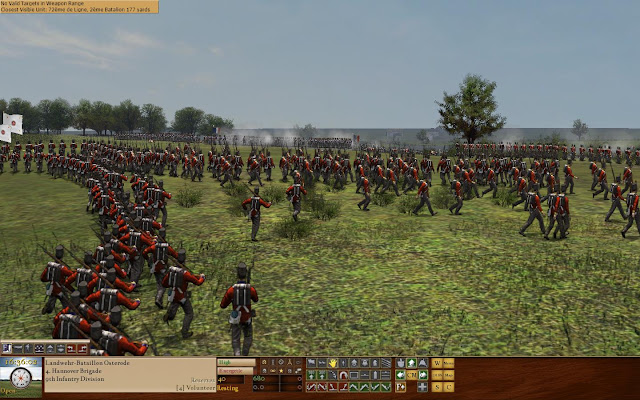 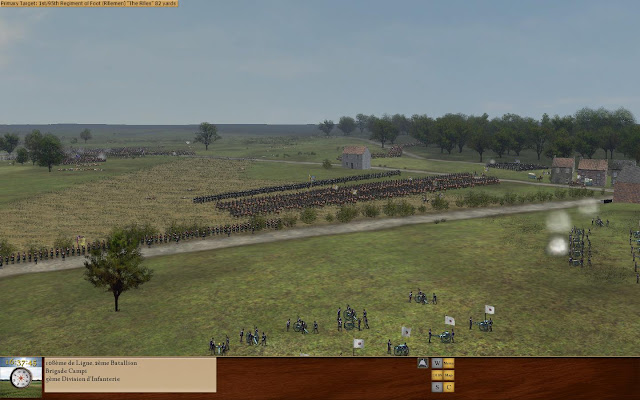 Does Scourge of War use sprites/billboards for all the units, or are they full fledged 3D models? I'm myself interested in working (as in developing) on games like that and SoW is perhaps the one with the most detailed troops.

Sprites only for units. Just some buildings are crude 3d models.
There is demo for SoW:Gettysbutg for download on their page
(http://www.scourgeofwar.com/index.shtml), so you can check how it looks like.
This is basicallly the same engine.

Yeah, I did some googling and it turns out it's all sprites. Could be fun to see how a modern engine can handle simple 3D animation of a few thousand characters.

Hi, thanks for the comments and sorry for the late response. It is correct, all sprites. HisWar Les Grognards has 3D figures, but I don't know the status of that game.

@chakie
Total War can show you how it works, even if current engine is one step behind today's hardware capabilities. At some distance from camera engine uses mini sprites to save video memory, but you rarely notice it, since it's just distant background. For me there's something wrong with how SOW works. I can run Total War with much more detailed battlegrounds and thousands of 3d troops better than this. I suspect (in fact I'm convinced) that they made very little changes to the engine since their early games (Bull Run and 2nd Manassas), apart from making the sprites in slightly higher resolution. I can't help wondering if the engine could be optimized better.

Well, making an engine as polished and as optimized as the Total War series has is no small feat. They've built on years of AAA development where you can never stay put but you always have to come up with nice looking things. SoW probably has been quite alone on the hardcore strategy game front to even have as much action going on and they haven't had the need to fundamentally upgrade the engine.

As a single developer I know I have no chances to even reach the level SoW has, let alone aim for TW. But still it would be a fun challenge to tackle, but preferably not alone.

I think Histwar JC mentioned earlier was made by one person (although I might be mistaken, but even if the creator had help it wasn't some large staff). And it's pretty similiar in some aspects to SOW, being also quite historically acurate. It doesn't look bad - although animations are little stiff ;). I tried the demo some time ago and didn't like the game (the AI isn't up to the task in this game in my opinion,although premise is fantastic), but as far as graphics engine goes it was quite allright.

I wish you luck in your enavours, because I hope you're going to make some great game I'll play in the future :)

What a kind of toolbar?