Tigers on the Hunt Review

When a budding artist sings in the style of greatests,  he needs to add something of himself to the songs. Otherwise, it is just professional karaoke. 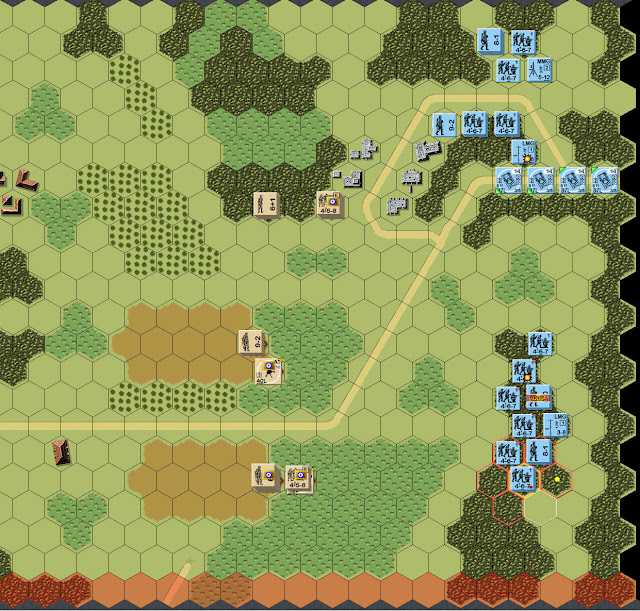 Advanced Squad Leader (a board game from the 80s) is one of the landmarks of tactical war gaming. The rules were complex and a single game would eat up hours. But that didn't stop the board gamers back then. Advanced Squad Leader brought everybody interested in tactical war gaming to a table, just because -damn those long sets of rules- the game was telling stories to them.

Over the years, many computer war  game designers took inspiration on Advanced Squad Leader and came out with series like Combat Mission (Steve Grammont at Battlefront.com), Steel Panthers (now published by Shrapnel Games) Squad Battles (John Tiller at JohnTillerSoftware.com), and (according to to some un-corfirmed versions) Close Combat.

It is apparent that everybody steered clear of porting Advanced Squad Leader to the computer in a literal way. Advanced Squad Leader has its idiosyncrasies, which are the result of being trapped in cardboard pieces whose fate depend on dices. In perspective, Advanced Squad Leader is a remarkable accomplishment of game design that those chits could deliver so much plausible, entertaining warfare. Game rules on a board game are made to keep the flow and outcome of combat within the boundaries of the possible, and game designers need to compromise the realism within one hex to deliver realism across the board. This is the cornerstone of game design.

Enter Tigers on the Hunt, by Silicon Systems. The labor of love of Peter Fisla, who has been working for ten years on this war game.

Tigers on the Hunt
Siliconsoft Systems
Published by Matrix/Slitherine
USD $49.99


Tigers on the Hunt is a port of Advanced Squad Leader to the computer.Not all the rules of the board game have been ported, like a full implementation of multi-story buildings. Almost all the other core rules of Advanced Squad Leader are there though, like the exhaustive modeling of a vehicle status (turret direction, moving or stationary), the great modelling of command and control and the gruelling realities of infantry combat. 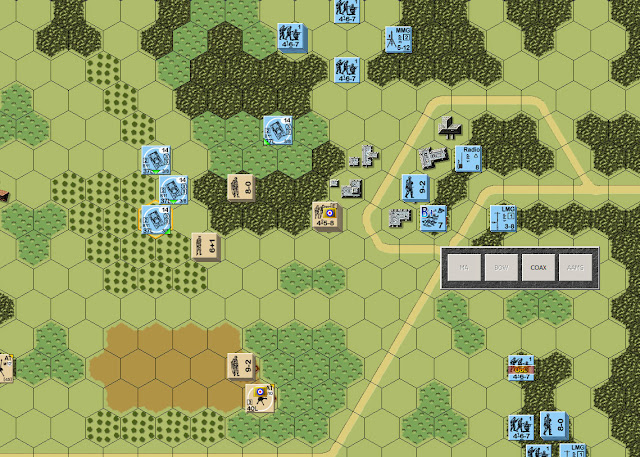 The interface is not the brightest spot of Tigers on the Hunt and it is not there to help a novice. During my first games, I settled for hitting the red button to advance into the next segment and never knew if I missed adjusting something for my units, like moving them out of their misery during the rout segment. In other cases there is nothing to be done by the player but he has to still click on a button to let the computer opponent continue his move. Sometimes the user interface is just poorly implemented, with many modern day standards left broken, like the inability to select a unit by just clicking its counter (you have to click an order of battle list in the bottom of the screen). Too frequently, the user interface lets me go onto clicking and selecting options for fire just to let me know that I'm trying to fire without a valid line of sight.

The computer opponent in Tigers on the Hunt is a hit or miss. Occasionally good at defending but reckless and incompetent at attacking. Since there is no PBEM the players are left on their own to deal with these AI shortcomings. 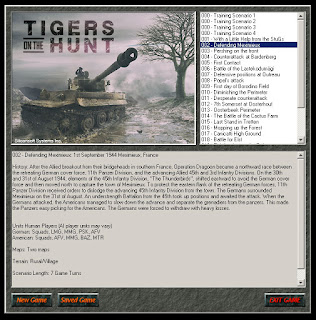 The artwork was so retro that it forced me into applying a mod, as shown in these screenshots. No effort was made into putting a bit more flavor into the maps or buildings. As I mentioned before, except for the counters, fighting in the Ardennes looks pretty much the same as fighting in Ukraine. 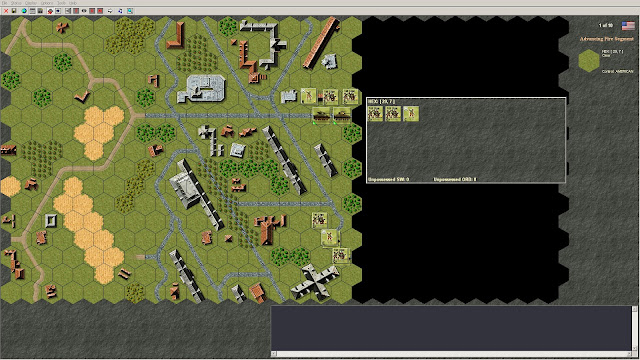 If the player puts up with all of the above, he may be rewarded with a tactical challenge very similar to the ones portrayed in Advanced Squad Leader. I can't say I didn't enjoy the scenarios packed int Tigers on the Hunt. But if you are not nostalgic about the board game, or extremely curious like me, you are better off missing Tigers on the Hunt.

Tigers on the Hunt dilapidates a lot of talent on an incomplete, half-hearted computer port that in the end fails to make a compelling case for its own existence.

Ouch. Thanks for the review JC. I've not purchased it and I still might but I think I will wait to see if there is an update/round 2 of the game before I do. I do like that the editing suite is included.

Hi Chris and thanks for both reading and your comment.
I know the review is a bit tough, but really there is no way around the game's shortcomings.

Have to agree. The game is a major disappointment.

Good review and not a good game. On a somewhat related topic: By some miracle, it seems Playdek did an amazing port of Twilight Struggle.

So that restored balance to The Force.

Hi Erich and thanks for reading.

Porting is a tough job, but it is doable! :)

Thanks for the review, out of interest is there anything which you would recommend as an alternative for people who are fans of ASL (I really like TacOps for example)? Thanks!

" the user interface lets me go onto clicking and selecting options for fire just to let me know that I'm trying to fire without a valid line of sight" This is a product of ASL where you are not allowed to make LOS checks until you fired, at which time you could check and realize you just flushed a fire attack down the toilet. In other words, the rule frowned on players spending 30 minutes checking every conceivable LOS before deciding who to fire at.

Thanks for your comment. Madness! I would have preferred a bit more of artistic license, there. :)

Thanks for saving me money. ;) I was almost blinded by the graphics so simular to ASL alone. But, we all know graphics don't make a good game. Thanks again.